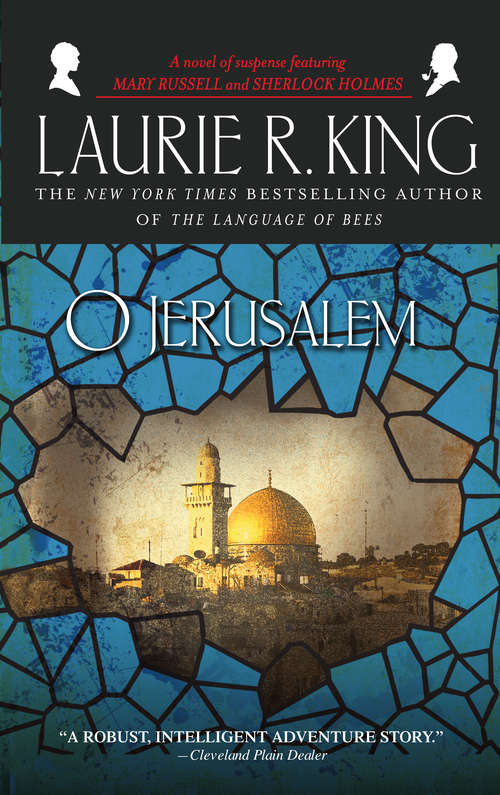 BONUS: This edition contains an excerpt from Laurie R. King's Pirate King.With her bestselling mystery series featuring Sherlock Holmes and Mary Russell, Laurie R. King has created "lively adventure in the very best of intellectual company," according to The New York Times Book Review. Now the author of The Beekeeper's Apprentice and The Moor--the first writer since Patricia Cornwell to win both the American Edgar and British Creasey Awards for a debut novel (A Grave Talent)--unfolds a hitherto unknown chapter in the history of Russell's apprenticeship to the great detective.At the close of the year 1918, forced to flee England's green and pleasant land, Russell and Holmes enter British-occupied Palestine under the auspices of Holmes' enigmatic brother, Mycroft."Gentlemen, we are at your service." Thus Holmes greets the two travel-grimed Arab figures who receive them in the orange groves fringing the Holy Land. Whatever role could the volatile Ali and the taciturn Mahmoud play in Mycroft's design for this land the British so recently wrested from the Turks? After passing a series of tests, Holmes and Russell learn their guides are engaged in a mission for His Majesty's Government, and disguise themselves as Bedouins--Russell as the beardless youth "Amir"--to join them in a stealthy reconnaissance through the dusty countryside.A recent rash of murders seems unrelated to the growing tensions between Jew, Moslem, and Christian, yet Holmes is adamant that he must reconstruct the most recent one in the desert gully where it occurred. His singular findings will lead him and Russell through labyrinthine bazaars, verminous inns, cliff-hung monasteries--and into mortal danger. When her mentor's inquiries jeopardize his life, Russell fearlessly wields a pistol and even assays the arts of seduction to save him. Bruised and bloodied, the pair ascend to the jewellike city of Jerusalem, where they will at last meet their adversary, whose lust for savagery and power could reduce the city's most ancient and sacred place to rubble and ignite this tinderbox of a land....Classically Holmesian yet enchantingly fresh, sinuously plotted, with colorful characters and a dazzling historic ambience, O Jerusalem sweeps readers ever onward in the thrill of the chase.