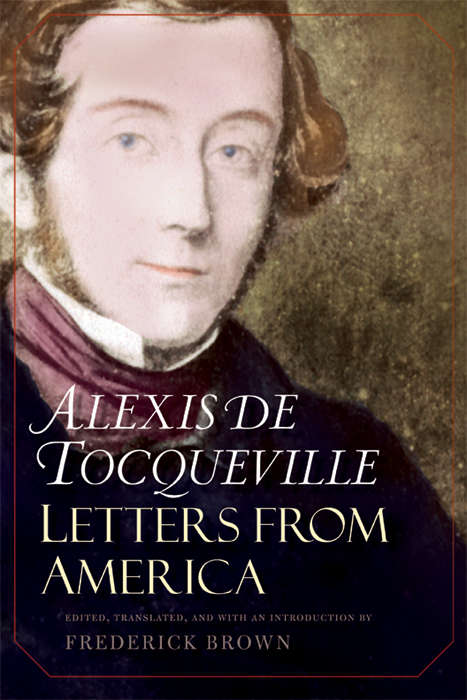 Young Alexis de Tocqueville arrived in the United States for the first time in May 1831, commissioned by the French government to study the American prison system. For the next nine months he and his companion, Gustave de Beaumont, traveled and observed not only prisons but also the political, economic, and social systems of the early republic. Along the way, they frequently reported back to friends and family members in France. This book presents the first translation of the complete letters Tocqueville wrote during that seminal journey, accompanied by excerpts from Beaumont’s correspondence that provide details or different perspectives on the places, people, and American life and attitudes the travelers encountered.

These delightful letters provide an intimate portrait of the complicated, talented Tocqueville, who opened himself without prejudice to the world of Jacksonian America. Moreover, they contain many of the impressions and ideas that served as preliminary sketches for Democracy in America, his classic account of the American democratic system that remains an important reference work to this day. Accessible, witty, and charming, the letters Tocqueville penned while in America are of major interest to general readers, scholars, and students alike.