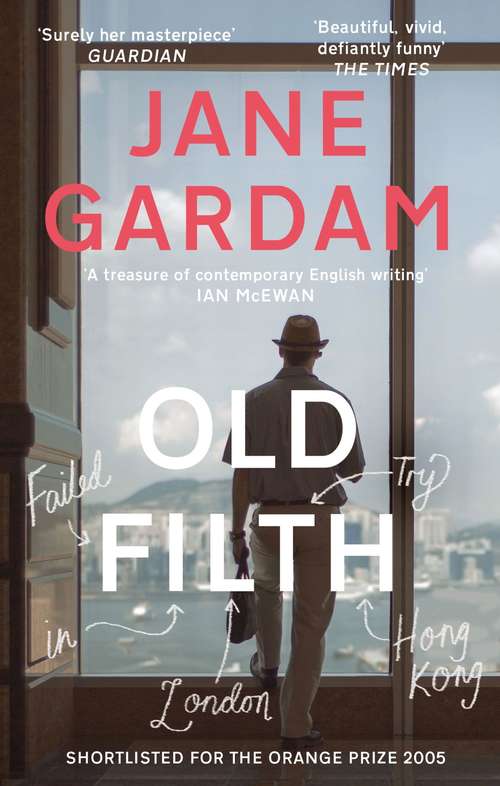 'This witty modern classic is perfect lockdown reading' The Times'I love Jane Gardam, especially Old Filth' Nina Stibbe'Her work, like Sylvia Townsend Warner's, has that appealing combination of elegance, erudition and flinty wit' Patrick Gale'One of the finest writers around. Old Filth has stayed with me for years...Can't think of anyone who achieves so much with so few words' Sathnam SangheraSir Edward Feathers has had a brilliant career, from his early days as a lawyer in Southeast Asia, where he earned the nickname Old Filth (Failed In London, Try Hong Kong) to his final working days as a respected judge at the bar. Yet through it all he has carried with him the wounds of a difficult and emotionally hollow childhood. Now an eighty-year-old widower living in comfortable seclusion in Dorset, Feathers is finally free from the demands of his work and the sentimental scaffolding that has sustained him throughout his life. He slips back into the past with ever mounting frequency and intensity, and on the tide of these vivid, lyrical musings, Feathers approaches a reckoning with his own history. Not all the old filth, it seems, can be cleaned away.Jane Gardam has written a literary masterpiece that retraces much of the twentieth century's torrid and momentous history. Feathers' childhood in Malaya during the British Empire's heyday, his schooling in pre-war England, his professional success in Southeast Asia and his return to England toward the end of the millennium, are vantage points from which the reader can observe the march forward of an eventful era and the steady progress of that man, Sir Edward Feathers, Old Filth himself, who embodies the century's fate.