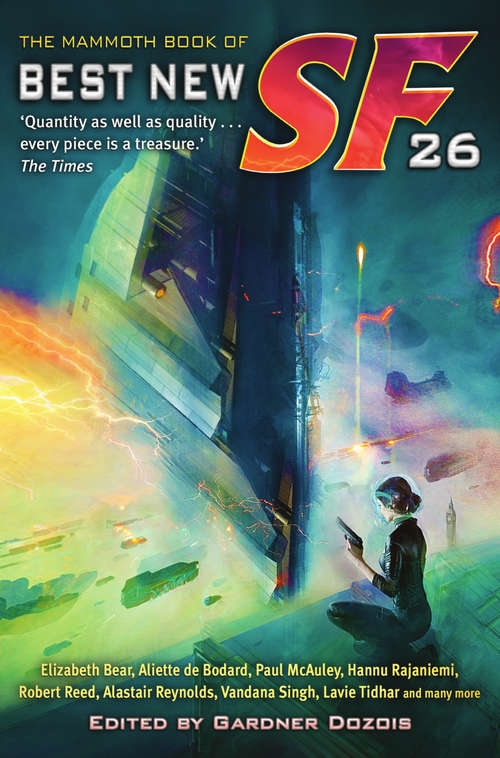 For nearly three decades, Gardner Dozois has been presenting his weighty and eclectic annual selection of short science fiction that deserves to be better known to a wider audience. It has consistently been voted Year's Best Anthology by the readers of Locus magazine, overwhelmingly more often than any other collection. Unfailingly, Dozois's selection offers the very best stories of the year, showcasing outstanding new talents alongside acknowledged masters of the genre. This year's collection is no exception, including the work of over 30 writers, including: Robert Reed, Alastair Reynolds, Sarah Monette and Elizabeth Bear, Paul McAuley, Linda Nagata, Indrapreamit Das, Pat Cadigan, Andy Duncan, Brit Mandelo, Carrie Vaughn and many more.It includes, as ever, Dozois's magisterial summation of 2012 in SF. Praise for previous editions:This annual compilation of the previous year's best short stories and novellas, together with a comprehensive summation of the state of the genre and an extensive "honourable mentions" list, has become an institution over the past three decades. The Guardian.Quantity as well as quality . . . every piece is a treasure. The Times.For more than a quarter century, Gardner Dozois's Mammoth Book of Best New SF has defined the field. It is the most important anthology, not only annually, but overall. Charles N. Brown, publsiher of Locus Magazine. New authors rub shoulders with old hands, and strong work from relative novices Hannu Rajaniemi and Lavie Tidhar suggest that SF's future is as bright as ever. Financial Times.