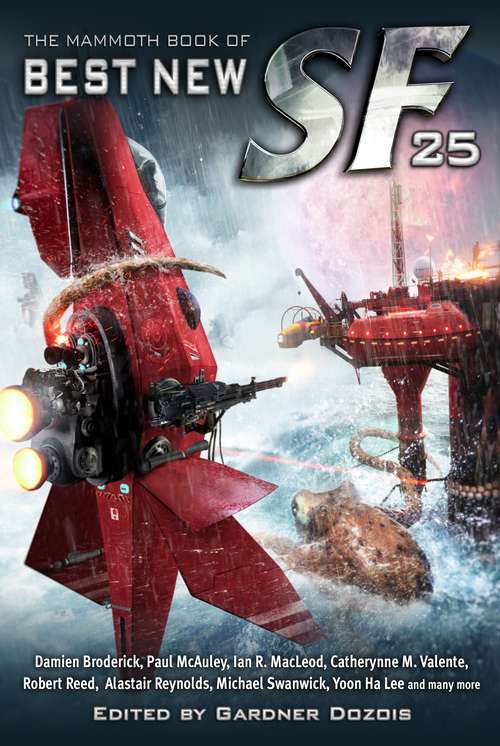 In this the twenty-fifth edition of his celebrated annual Mammoth Book of Best New SF (its 29th as The Year's Best SF in the United States), award-winning editor Gardner Dozois presents most outstanding pieces of short science fiction from 2011, along with his typically informative notes on each author. Many are the work of award-winning writers, but there are also some surprising newcomers. The collection is prefaced, as ever, by Dozois's Summation of 2011 in SF, a review of the year's highlights in publishing and film - including non-fiction, media and awards - obituaries and an insightful look at emerging trends.Includes stories from bestselling writers: Damien Broderick, Paul McAuley, Ian R. MacLeod, Catherynne M. Valente, Robert Reed, Alastair Reynolds, Michael Swanwick, Yoon Ha Lee and many more.Praise for previous editions:Quantity as well as quality . . . every piece is a treasure. The Times.For more than a quarter century, Gardner Dozois's Mammoth Book of Best New SF has defined the field. It is the most important anthology, not only annually, but overall. Charles N. Brown, publsiher of Locus Magazine. New authors rub shoulders with old hands, and strong work from relative novices Hannu Rajaniemi and Lavie Tidhar suggest that SF's future is as bright as ever. Financial Times.