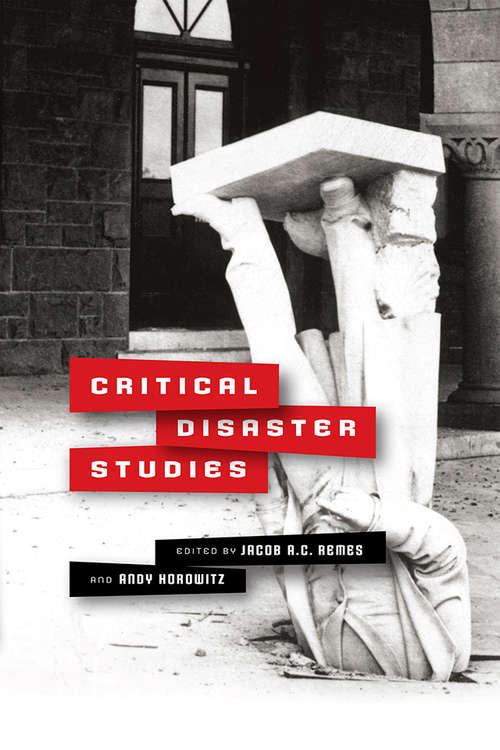 By: Jacob A. C. Remes and Andy Horowitz
Login
Sign Up

This book announces the new, interdisciplinary field of critical disaster studies. Unlike most existing approaches to disaster, critical disaster studies begins with the idea that disasters are not objective facts, but rather are interpretive fictions—and they shape the way people see the world. By questioning the concept of disaster itself, critical disaster studies reveals the stakes of defining people or places as vulnerable, resilient, or at risk.As social constructs, disaster, vulnerability, resilience, and risk shape and are shaped by contests over power. Managers and technocrats often herald the goals of disaster response and recovery as objective, quantifiable, or self-evident. In reality, the goals are subjective, and usually contested. Critical disaster studies attends to the ways powerful people often use claims of technocratic expertise to maintain power.Moreover, rather than existing as isolated events, disasters take place over time. People commonly imagine disasters to be unexpected and sudden, making structural conditions appear contingent, widespread conditions appear local, and chronic conditions appear acute. By placing disasters in broader contexts, critical disaster studies peels away that veneer.With chapters by scholars of five continents and seven disciplines, Critical Disaster Studies asks how disasters come to be known as disasters, how disasters are used as tools of governance and politics, and how people imagine and anticipate disasters. The volume will be of interest to scholars of disaster in any discipline and especially to those teaching the growing number of courses on disaster studies.