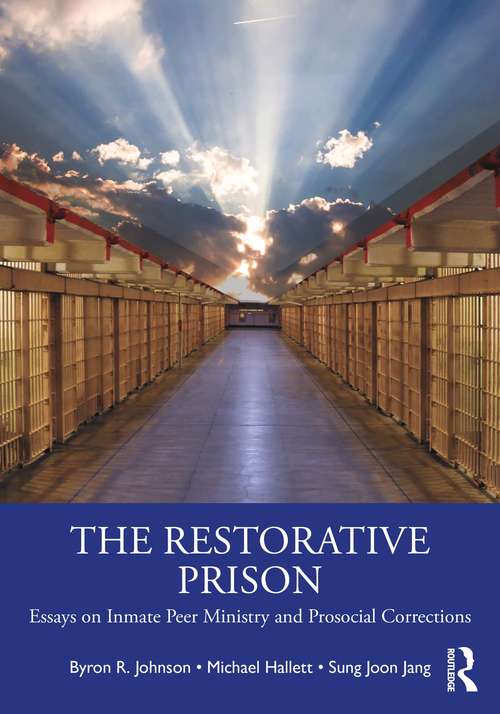 Drawing on work from inside some of America’s largest and toughest prisons, this book documents an alternative model of "restorative corrections" utilizing the lived experience of successful inmates, fast disrupting traditional models of correctional programming. While research documents a strong desire among those serving time in prison to redeem themselves, inmates often confront a profound lack of opportunity for achieving redemption. In a system that has become obsessively and dysfunctionally punitive, often fewer than 10% of prisoners receive any programming. Incarcerated citizens emerge from prisons in the United States to reoffend at profoundly high rates, with the majority of released prisoners ending up back in prison within five years. In this book, the authors describe a transformative agenda for incentivizing and rewarding good behavior inside prisons, rapidly proving to be a disruptive alternative to mainstream corrections and offering hope for a positive future.

The authors’ expertise on the impact of faith-based programs on recidivism reduction and prisoner reentry allows them to delve into the principles behind inmate-led religious services and other prosocial programs—to show how those incarcerated may come to consider their existence as meaningful despite their criminal past and current incarceration. Religious practice is shown to facilitate the kind of transformational "identity work" that leads to desistance that involves a change in worldview and self-concept, and which may lead a prisoner to see and interpret reality in a fundamentally different way. With participation in religion protected by the U.S. Constitution, these model programs are helping prison administrators weather financial challenges while also helping make prisons less punitive, more transparent, and emotionally restorative.

This book is essential reading for scholars of corrections, offender reentry, community corrections, and religion and crime, as well as professionals and volunteers involved in correctional counseling and prison ministry.