The Qur'an in South Asia 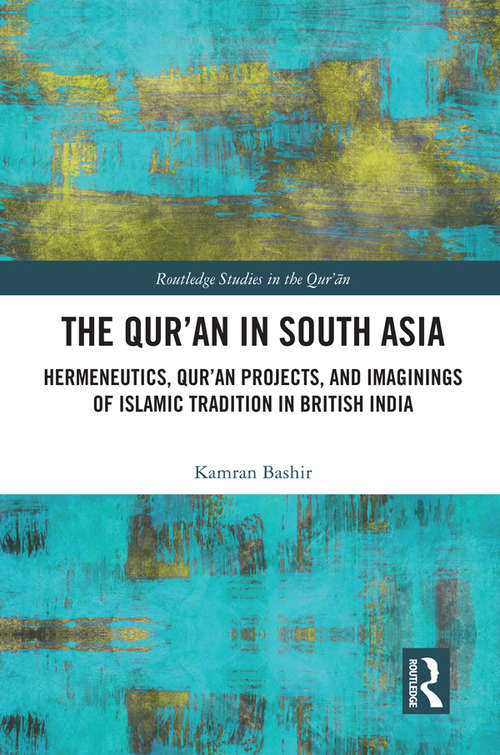 The book investigates modern Qur’an commentaries in South Asia and engages with how Muslim scholars have imagined and assessed their past intellectual heritage. The research is focused on British India from the time of the Mutiny of 1857 to the moment of the Partition of united India in 1947.

Offering critical scrutiny of Muslim exegesis of the Qur’an in North India, the study especially focuses on the Qur’anic thought of Sayyid Ahmed Khan (d. 1989), Ashraf Ali Thanawi (d. 1943), and Hamid al-Din Farahi (d. 1930). The volume challenges widespread assumptions of an all-pervasive reform and revivalism underlying the academic study of Islam. Instead of looking for Muslim revivalism and reform as epistemological foundations, it stresses the study of modern Qur’an commentaries, in particular local and cosmopolitan contexts. Departing from the oft-repeated explanations of Muslim scholarship and modern Islam through the lens of traditionalism and modernism, it discovers how Muslim scholars viewed themselves in relation to the Islamic tradition, and how they imagined and assessed their past intellectual heritage.

Studying the history of the interpretation of the Qur’an in the multiple contexts of nineteenth and early twentieth-century British India, the book will be of interest to readers of Qur’anic studies, modern Islam and South Asian studies.