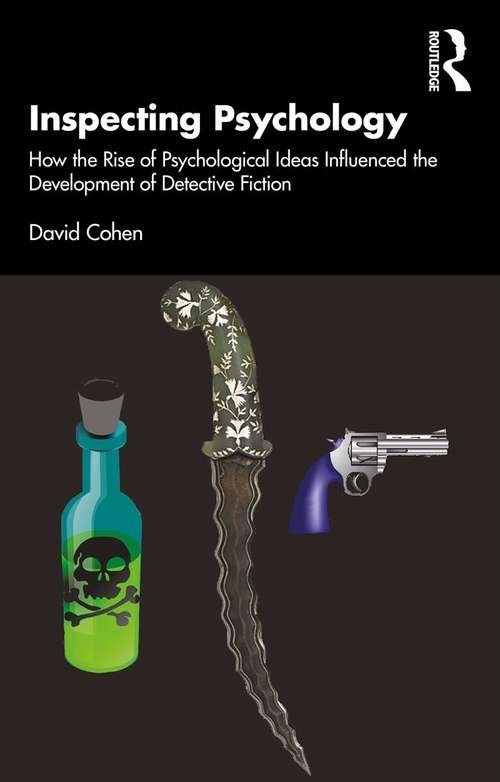 Inspecting Psychology takes a sleuth’s magnifying glass to the interplay between psychology, psychiatry and detective fiction to provide a unique examination of the history of psychology. As psychology evolved over the centuries, so did crime writing. This book looks at how the psychological movements of the time influenced classic authors from Agatha Christie and Arthur Conan Doyle to Dorothy Sayers and Georges Simenon, to reveal an enduring connection between psychology and the human need to solve mysteries.

Some key puzzles. Why did Agatha Christie make so many doctors killers in her books? Why did Simenon not become a psychiatrist? Did Lord Peter Wimsey have all the charm, passion and tenderness no lover gave Dorothy Sayers?

Beginning with the earliest origins of psychology in Greek literature alongside the Oedipal story and the ideas of Aristotle, the book travels through to the late 18th and 19th centuries and the work of Edgar Allan Poe who wrote the first detective story proper. With the birth of modern psychology in the late 19th century, the growing fascination with understanding behaviour coincided with the popular whodunnit. Readers are whisked through the development of psychology in the 20th century and beyond, from the impact of shell shock in the First World War and the early understanding of mental illness through to the growth of psychoanalysis and the ideas of Freud, behaviourism and attachment theory. At every stop on this original rattle through history, David Cohen reveals the influence these psychological movements had on crime writers and their characters and plots.