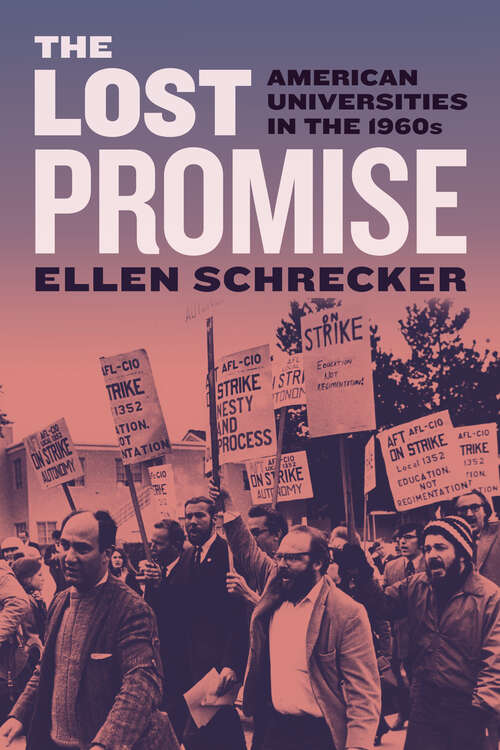 The Lost Promise is a magisterial examination of the turmoil that rocked American universities in the 1960s, with a unique focus on the complex roles played by professors as well as students.

The 1950s through the early 1970s are widely seen as American academia’s golden age, when universities—well funded and viewed as essential for national security, economic growth, and social mobility—embraced an egalitarian mission. Swelling in size, schools attracted new types of students and professors, including radicals who challenged their institutions’ calcified traditions. But that halcyon moment soon came to a painful and confusing end, with consequences that still afflict the halls of ivy. In The Lost Promise, Ellen Schrecker—our foremost historian of both the McCarthy era and the modern American university—delivers a far-reaching examination of how and why it happened.

Schrecker illuminates how US universities’ explosive growth intersected with the turmoil of the 1960s, fomenting an unprecedented crisis where dissent over racial inequality and the Vietnam War erupted into direct action. Torn by internal power struggles and demonized by conservative voices, higher education never fully recovered, resulting in decades of underfunding and today’s woefully inequitable system. As Schrecker’s magisterial history makes blazingly clear, the complex blend of troubles that disrupted the university in that pivotal period haunts the ivory tower to this day.