Crisis in the Primary Classroom 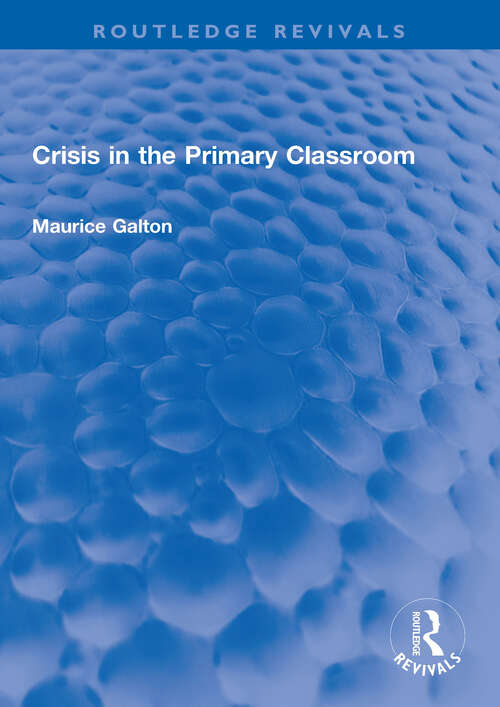 First published in 1995, Crisis in the Primary Classroom redefines the crisis plaguing primary classrooms by challenging many of the educational and political orthodoxies of the nineties. The book is set during a particular period in the nineties when primary education was under attack from the Government and sections of the media, with accusations that reading standards had fallen, the National Curriculum was not being taught well and training colleges had failed to produce sufficient teachers of quality. In response to these concerns, the Government commissioned a report, which presented a series of solutions.

Maurice Galton argues that the report failed to identify the root causes of the problems facing primary schools. He examines critically whether the National Curriculum was necessary, and whether teaching methods and classroom organization really needed to be changed radically. He also addresses the issue of quality among teachers, suggesting ways in which this might be developed.

Crisis in the Primary Classroom deserves to be read by all concerned with the planning, administration and practice of primary education. Teachers will be encouraged by the message that methods found to be successful in the past must be accommodated in new patterns of organization and classroom practice.