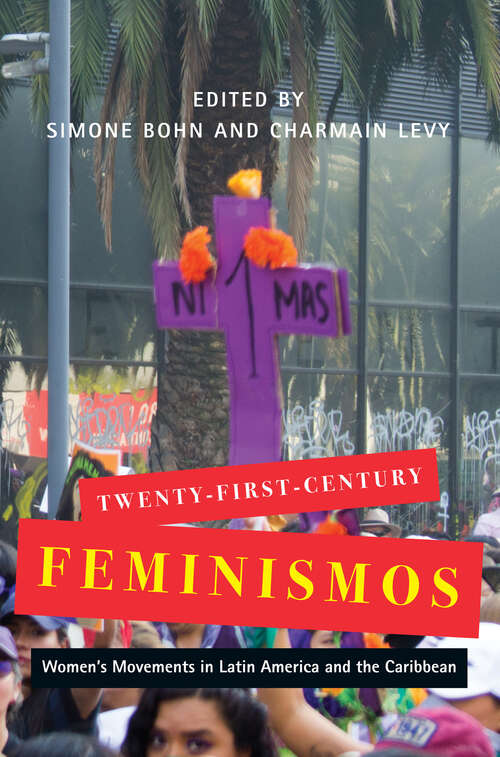 By: Simone Bohn and Charmain Levy
Login
Sign Up

The women’s movement is a central, complex, and evolving socio-political actor in any national context. Vital to advancing gender equity and gendered relations in every contemporary society, the organization and mobilization of women into social movements challenges patriarchal values, behaviours, laws, and policies through collective action and contention, radically altering the direction of society over time.Twenty-First-Century Feminismos examines ten case studies from eight different countries in Latin America and the Caribbean to better understand the ways in which women’s and feminist movements react to, are shaped by, and advance social change. A closer look at women’s movements in Argentina, Brazil, Chile, Colombia, El Salvador, Haiti, Mexico, and Uruguay uncovers broader recurrent patterns at the regional level, such as the persistence of certain grievances historically harboured by regional movements, the rise in prominence of varying claims, and the emergence of novel organizational structures, repertoires, and mobilization strategies. Dissimilarities among the cases are also brought to light, including the composition of these movements, their success in effecting policy change in specific areas, and the particular conditions that surround their mobilization and struggles.Twenty-First-Century Feminismos provides a compelling account of the important victories attained by Latin American and Caribbean organized women over the course of the last forty years, as well as the challenges they face in their quest for gender justice.