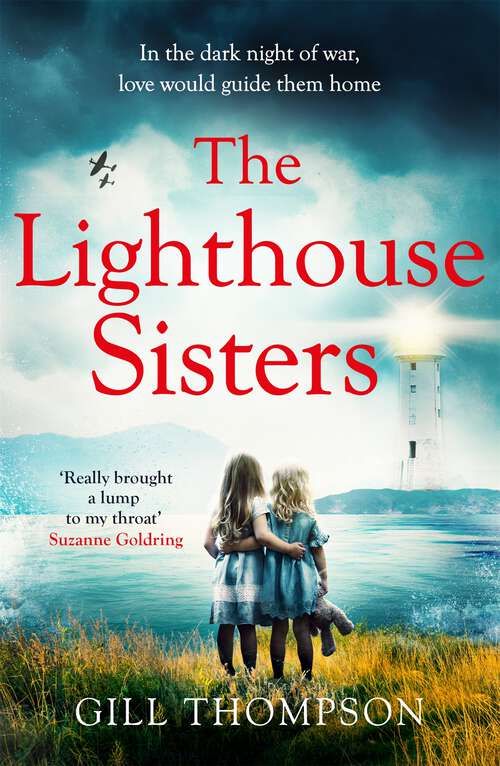 CAN TWO SISTERS SEPARATED BY WAR FIND THEIR WAY BACK TO EACH OTHER?Inspired by real events and by the courage of real people, a gripping, heartwrenching story of two sisters in occupied Jersey during WWII - one a nurse, who is transported to Nazi Germany, the other, who volunteers for the island's resistance movement. 'What an emotional read, I felt like I was actually living along the characters, I absolutely loved this book. One to settle down with a nice warm drink on a cold winter day *****' Real reader review for The Lighthouse Sisters'I was gripped. 'I couldn't put it down. Heartwrenching at times and so full of hope and resillience at others. I really enjoyed it ****' Real reader review for The Lighthouse SistersPerfect for readers of The Nightingale Kristin Hannah, A Woman of War Mandy Robotham and My Name is Eva Suzanne Goldring.____'They were there for each other during the war just like the lighthouse, a source of hope and protection over the years.'1996: The war may have ended decades earlier, but for the elegant woman sitting alone now, the images live on in her memory: her sister's carefree laughter, the inky black of a German soldier's boots, the little boats that never came back. And the one constant through it all: the lighthouse that always guided them back to the island.1940: For sisters Alice and Jenny life is just beginning when the Nazis seize control of the island of Jersey, driving the girls down separate paths. While Alice is forced by the enemy to work in the German hospital, Jenny is attracted to the circle of islanders rising up to resist the occupiers. And as the war tightens its grip, it will cause each of the sisters to make an extraordinary choice, experience unimaginable heartbreak and emerge forever changed..._______Your favourite authors absolutely love Gill Thompson's bestselling novels:'Heartrending. Riveting. Definitely on my list of Ten Best Books of the year' Sharon Maas'The characters and their moving stories will haunt you long after you finish the last page' Shirley Dickson'A warm-hearted tale of love, loss and indefatigable human spirit' Kathryn Hughes'A heartrending story' Jane Corry'A mother's loss and a son's courage . . . A heartrending story that spans the world' Diney Costeloe