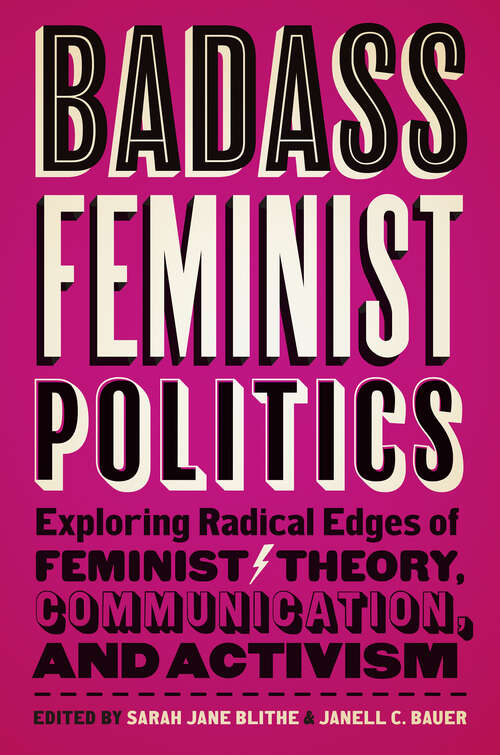 In the late 2010s, the United States experienced a period of widespread silencing. Protests of unsafe drinking water have been met with tear gas; national park employees, environmentalists, and scientists have been ordered to stop communicating publicly. Advocates for gun control are silenced even as mass shootings continue. Expressed dissent to political power is labeled as “fake news.” DREAMers, Muslims, Trans military members, women, black bodies, the LGBTQI+ community, Latina/o/x communities, rape survivors, sex workers, and immigrants have all been systematically silenced. During this difficult time and despite such restrictions, advocates and allies persist and resist, forming dialogues that call to repel inequality in its many forms. Addressing the oppression of women of color, white women, women with (dis)abilities, and LBTQI+ individuals across cultures and contexts remains a central posit of feminist struggle and requires “a distinctly feminist politics of recognition.” However, as second wave debates about feminism have revealed, there is no single way to express a feminist politic. Rather, living feminist politics requires individual interpretation and struggle, collective discussion and disagreement, and recognizing difference among women as well as points of convergence in feminist struggle.

Badass Feminist Politics includes a diverse range of engaging feminist political projects to not only analyze the work being done on the ground but provide an overview for action that can be taken on by those seeking to engage in feminist activism in their own communities. Contributors included here are working for equality and equity and resisting violent, racist, homophobic, transphobic, xenophobic, and sexist language and action during this tension-filled political moment. Collectively, the book explores what it means to live and communicate feminist politics in everyday choices and actions, and how we can facilitate learning by analyzing these examples. Taking up current issues and new theoretical perspectives, the authors offer novel perspectives into what it means to live feminist politics. This book is a testament to resilience, resistance, communication, and forward thinking about what these themes all mean for new feminist agendas. Learning how to resist oppressive structures through words and actions is particularly important for students. Badass Feminist Politics features scholars from non-dominant groups taking up issues of marginalization and oppression, which can help people accomplish their social justice goals of inclusivity on the ground and in the classroom.