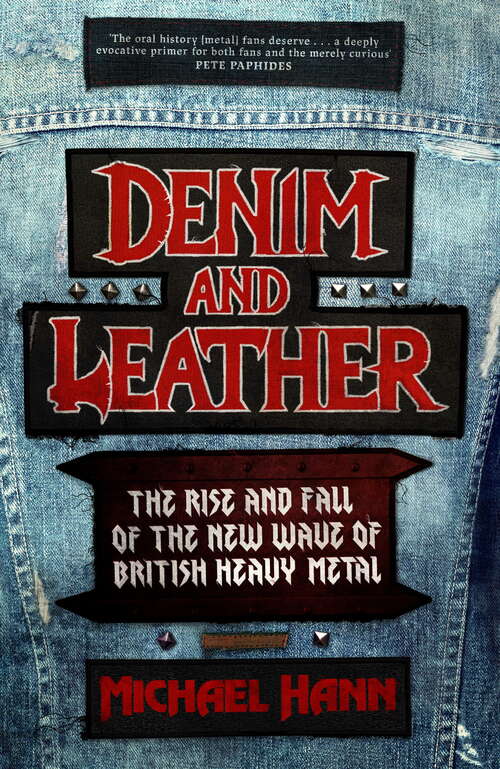 In the late 1970s, aggressive, young bands are forming across Britain. Independent labels are springing up to release their music. But this isn't the story of punk. Forget punk. Punk was a flash in the pan compared to this. This is the story of the New Wave of British Heavy Metal, a musical movement that changed the world. From this movement - given the unwieldy acronym NWOBHM - sprang streams that would flow through metal's subsequent development. Without NWOBHM there is no thrash metal, no death metal, no black metal. Without the rise of Iron Maiden, NWOBHM's standard bearers, leading the charge to South America and to South Asia, metal's global spread is slower. Without the NWOBHM bands - who included Def Leppard, Motorhead, Judas Priest, Diamond Head and many others - the international uniform of heavy metal - the 'battle jacket' of a denim jacket with sleeves ripped off, and covered with patches (usually sewn on by the wearer's mum), worn over a leather biker jacket - does not exist: 'Denim and leather brought us all together,' as Saxon put it.No book has ever gathered together all the principals of British heavy rock's most fertile period: Jimmy Page, Rick Allen, Michael Schenker, Robert John 'Mutt' Lange, Ritchie Blackmore, Rick Savage, Phil Collen, David Coverdale, Cronos, Biff Byford, Joe Elliott, Rob Halford, Ian Gillan, Phil Mogg, Robert Plant, Tony Wilson, Lars Ulrich, Pete Waterman to name a few.In Denim and Leather, these stars tell their own stories - their brilliant, funny tales of hubris and disaster, of ambition and success - and chart how, over a handful of years from the late 1970s to the early 1980s, a group of unlikely looking blokes from the provinces wearing spandex trousers changed heavy music forever.This is the definitive story about the greatest days of British heavy rock.