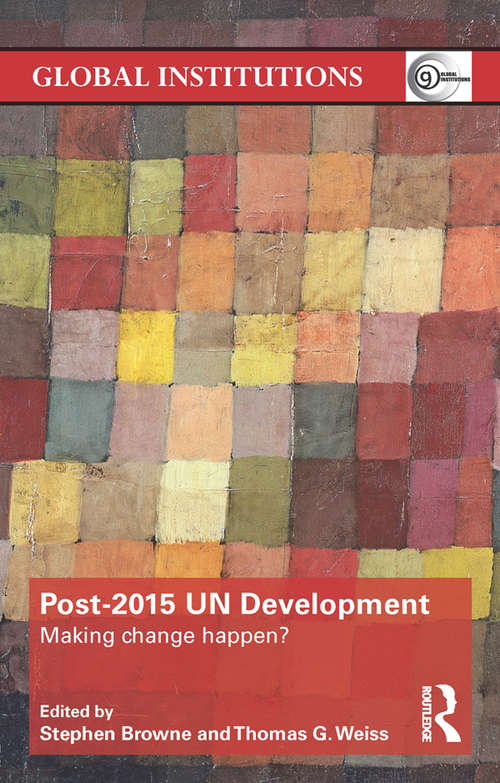 In 2000, at the United Nations Millennium Summit, world leaders agreed to the Millennium Declaration. The Declaration included development targets to be reached by 2015, which were to become known as the Millennium Development Goals (MDGs). Progress has been made towards the achievement of the MDGs, but poverty remains widespread.

With the terminal year approaching, the international community has begun the process of determining the goals which might follow the MDGs. While the UN is driving the process, there has been very little introspection on its own organizational capacity to help countries to meet the goals and is being increasingly sidelined by other more effective development organizations and initiatives.

Based on extensive original research that has critically examined the role and functions of the organizations of the UN development system, this book seeks to capture in a single volume a comprehensive review of the UN’s performance and prospects for development. The contributors each offer extensive experience and familiarity—as practitioners and researchers—with the UN and development; and the book will contribute to the urgently needed debate on the reform of the UN development system at a critical juncture.

The main rationale for this book, and its timing, is the unusual opportunity provided by the 2015 threshold to re-think the UN development system and to empower it to support a new development agenda and will be of interest to students, scholars of International Organizations and development studies.