The Experimental Approach to Free Will 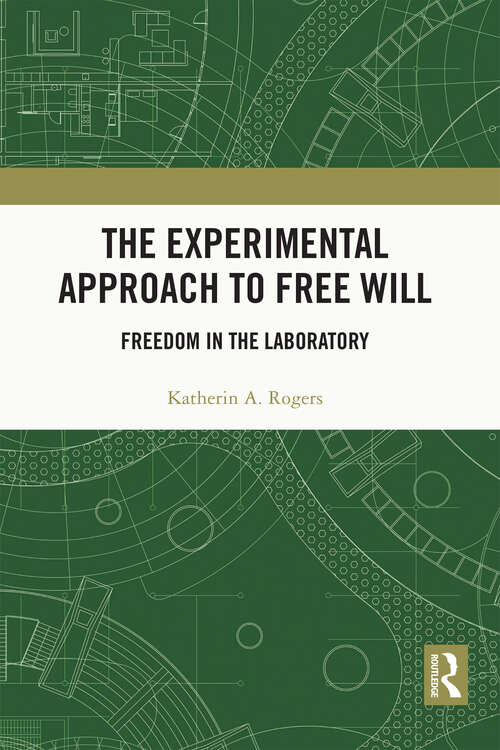 Recently, psychologists and neurobiologists have conducted experiments taken to show that human beings do not have free will. Many, including a number of philosophers, assume that, even if science has not decided the free will question yet, it is just a matter of time. In The Experimental Approach to Free Will, Katherin A. Rogers accomplishes several tasks. First, canvasing the literature critical of these recent experiments (or of conclusions drawn from them) and adding new criticisms of her own, she shows why these experiments should not undermine belief in human freedom – even robust, libertarian freedom. Indeed, many of the experiments do not even connect with any philosophical understanding of free will. Through this discussion, she generates a long list of problems – ethical as well as practical – facing the attempt to study free will experimentally. With these problems highlighted, she shows that even in the distant future, supposing the brain sciences to have advanced far beyond where they are today, it will likely be impossible to settle the question of free will experimentally. She concludes that, since philosophy has not, and science cannot, settle the question of free will, it is more reasonable to suppose that humans do indeed have freedom.

Brings together, and adds to, criticisms of recent experiments (or conclusions drawn from them) which supposedly show that human beings do not have free will

Analyzes recent experiments supposedly related to human freedom through the lens of a philosophically informed portrait of a robust, libertarian free choice

Proposes a thought experiment set in a distant future of advanced brain science to show that it is likely impossible for science ever to settle the question of free will.