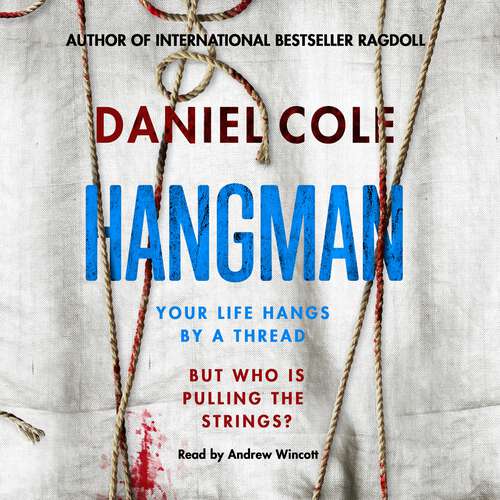 Eighteen months have passed, but the scars the Ragdoll murders left behind are reopened on a daily basis, the legacy of the infamous investigation infecting all aspects of daily life. Despite the media's best efforts, copycat murders all over the planet have proven to be nothing more than violent mutilations by the unimaginative and deranged. Andrea Hall's memoirs are topping the charts while Halloween saw children all over the country distastefully donning grotesque costumes of the real-life monster in their midst. The Ragdoll, apparently, was here to stay.Over-promoted into the role of Chief Inspector following her work on the case, Emily Baxter is ill-suited to her new bureaucratic posting. Alex Edmunds won't admit it, but he is bored too, having returned to his monotonous job in Fraud after fighting so hard to escape. When Baxter is summoned to a meeting with Special Agents Elliot Curtis of the FBI and Damien Rouche of the CIA, she is presented with graphic photographs of the latest copycat murder: a body contorted into a familiar pose, strung up impossibly across the Brooklyn Bridge, the word BAIT carved deep into its chest. The victim's name: William Fawkes, a Wall Street banker and a very clear message that this murder is different to the others.Baxter is ordered to assist the unrelentingly professional Curtis and the charmingly eccentric Rouche with their investigation, another PR exercise to appease the ever-demanding public. Accompanying them to New York and the scene of another murder, they find the same word scrawled across the victim, torn into the assailant - the word PUPPET. The team helplessly play catch up as the murders continue to grow in both spectacle and depravity on both sides of the Atlantic, building towards a devastating crescendo. Their only hope: to work out who the bait is intended for, how the Puppets are chosen but, most importantly of all, who is holding the strings.Read by Andrew Wincott(p) Orion Publishing Group 2018