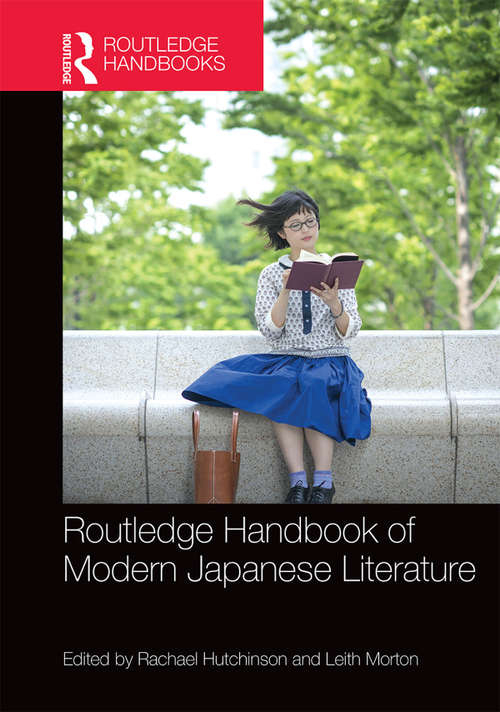 The Routledge Handbook of Modern Japanese Literature provides a comprehensive overview of how we study Japanese literature today. Rather than taking a purely chronological approach to the content, the chapters survey the state of the field through a number of pressing issues and themes, examining the ways in which it is possible to read modern Japanese literature and situate it in relation to critical theory.

The Handbook examines various modes of literary production (such as fiction, poetry, and critical essays) as distinct forms of expression that nonetheless are closely interrelated. Attention is drawn to the idea of the bunjin as a ‘person of letters’ and a more realistic assessment is provided of how writers have engaged with ideas – not labelled a ‘novelist’ or ‘poet’, but a ‘writer’ who may at one time or another choose to write in various forms. The book provides an overview of major authors and genres by situating them within broader themes that have defined the way writers have produced literature in modern Japan, as well as how those works have been read and understood by different readers in different time periods.

The Routledge Handbook of Modern Japanese Literature draws from an international array of established experts in the field as well as promising young researchers. It represents a wide variety of critical approaches, giving the study a broad range of perspectives. This handbook will be of interest to students and scholars of Asian Studies, Literature, Sociology, Critical Theory, and History.