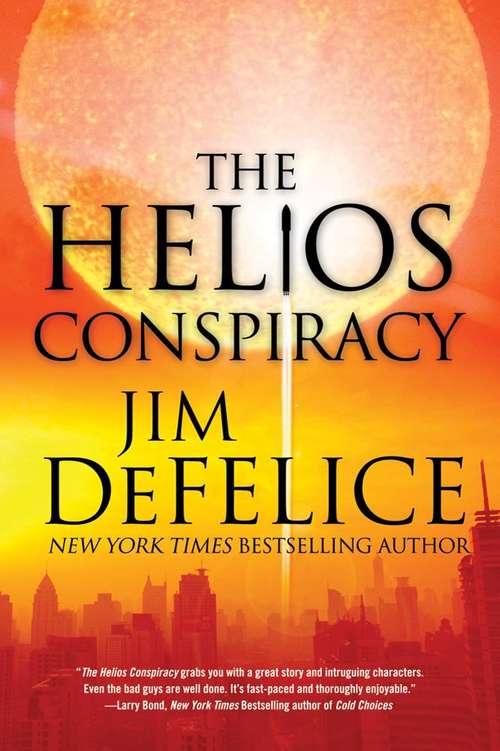 FBI Agent Andy Fisher has little respect for authority and even less love for paperwork. While his supervisors object to his unorthodox methods, they cannot argue with his results: he has just saved New York City from a terrorist attack. Fisher is in the Big Apple when he learns that an old girlfriend, Kathy Feder, has been shot dead. Kathy's the only woman Fisher ever truly loved, and he's not about to just watch the NYPD conduct the official investigation. Armed with a pack of Camels and enough caffeine to kill an elephant, Fisher is determined to find out who killed Kathy and why.

Kathy was a key employee of Icarus Sun Works, and her death threatens to delay the launch of a satellite that will harvest solar energy and beam it to earth as electricity. When perfected, the technology will power entire cities for literally pennies. And the energy will be clean: no more BP disasters, no more Fukushima catastrophes.

The launch proceeds, but the rocket carrying the satellite into space mysteriously explodes. Fisher learns that it was sabotaged as part of an intricate Chinese campaign to destroy the project and steal the technology. As he delves deeper into the conspiracy, against his better judgment, Fisher starts to fall for the woman who designed the rocket. The irascible, overcaffeinated FBI agent must save his new love from assassination--and protect the satellite system from a deadly plot that will stop at nothing to destroy it.