Cities of the Global South Reader 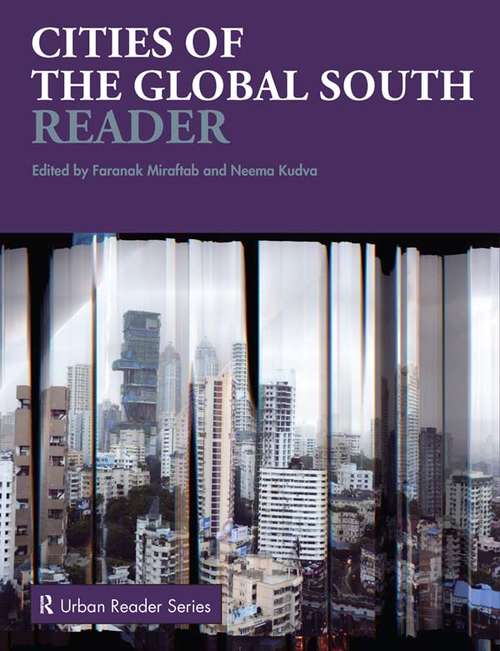 The Cities of the Global South Reader adopts a fresh and critical approach to the fi eld of urbanization in the developing world. The Reader incorporates both early and emerging debates about the diverse trajectories of urbanization processes in the context of the restructured global alignments in the last three decades. Emphasizing the historical legacies of colonialism, the Reader recognizes the entanglement of conditions and concepts often understood in binary relations: first/third worlds, wealth/poverty, development/underdevelopment, and inclusion/exclusion. By asking: “whose city? whose development?” the Reader rigorously highlights the fractures along lines of class, race, gender, and other socially and spatially constructed hierarchies in global South cities. The Reader’s thematic structure, where editorial introductions accompany selected texts, examines the issues and concerns that urban dwellers, planners, and policy makers face in the contemporary world. These include the urban economy, housing, basic services, infrastructure, the role of non-state civil society-based actors, planned interventions and contestations, the role of diaspora capital, the looming problem of adapting to climate change, and the increasing spectre of violence in a post 9/11 transnational world.

The Cities of the Global South Reader pulls together a diverse set of readings from scholars across the world, some of which have been written specially for the volume, to provide an essential resource for a broad interdisciplinary readership at undergraduate and postgraduate levels in urban geography, urban sociology, and urban planning as well as disciplines related to international and development studies. Editorial commentaries that introduce the central issues for each theme summarize the state of the field and outline an associated bibliography. They will be of particular value for lecturers, students, and researchers, making the Cities of the Global South Reader a key text for those interested in understanding contemporary urbanization processes.