Colour of Our Future 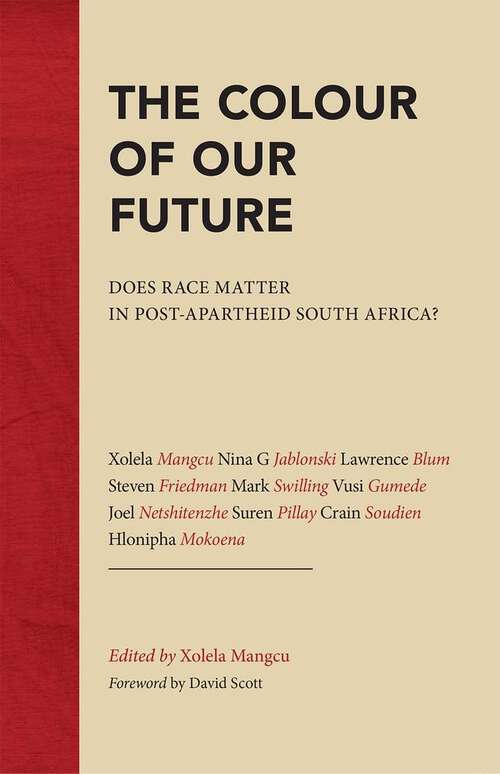 South Africa is ready for a new vocabulary than can form the basis for a national consciousness which recognises racialised identities while affirming that, as human beings, we are much more than our racial, sexual, class, religious or national identities.

The Colour of Our Future makes a bold and ambitious contribution to the discourse on race. It addresses the tension between the promise of a post-racial society and the persistence of racialised identities in South Africa, which has historically played itself out in debates between the ?I don?t see race? of non-racialism and the ?I?m proud to be black? of black consciousness.

The chapters in this volume highlight the need for a race-transcendent vision that moves beyond ?the festival of negatives? embodied in concepts such as non-racialism, non-sexism, anti-colonialism and anti-apartheid. Steve Biko?s notion of a ?joint culture? is the scaffold on which this vision rests; it recognises that a race-transcendent society can only be built by acknowledging the constituent elements of South Africa?s EuroAfricanAsian heritage.

The distinguished authors in this volume have, over the past two decades, used the democratic space to insert into the public domain new conversations around the intersections of race and the economy, race and the state, race and the environment, race and ethnic difference, and race and higher education. Presented here is some of their most trenchant and yet still evolving thinking.