That Pride of Race and Character 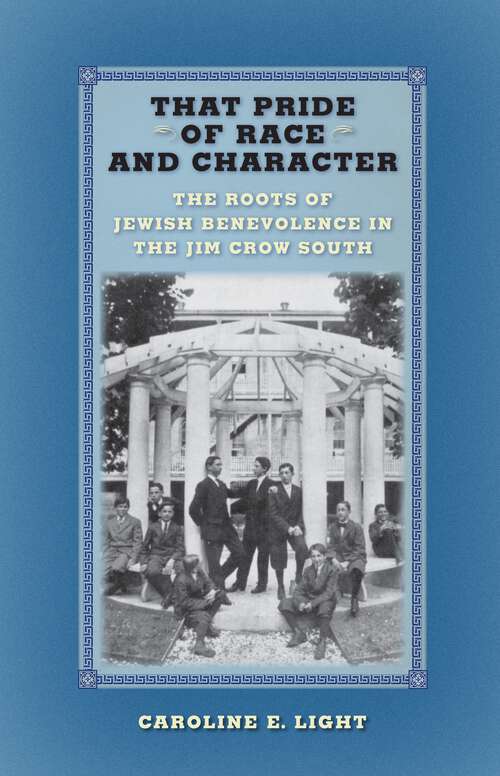 has ever been the boast of the Jewish people, that they support their own poor,"

declared Kentucky attorney Benjamin Franklin Jonas in 1856. "Their reasons are

partly founded in religious necessity, and partly in that pride of race and

vicissitude." In That Pride of Race and

benevolence and charity and explores its southern roots.

Light provides a critical analysis of

benevolence as it was inflected by regional ideals of race and gender, showing

European immigration. In an effort to combat the voices of anti-Semitism and

considered "their own" while also proving themselves to be exemplary white

citizens. Drawing from confidential case files and institutional records from

place and time of significant socio-political turbulence. Ultimately, the

racial mores and left behind a rich legacy.