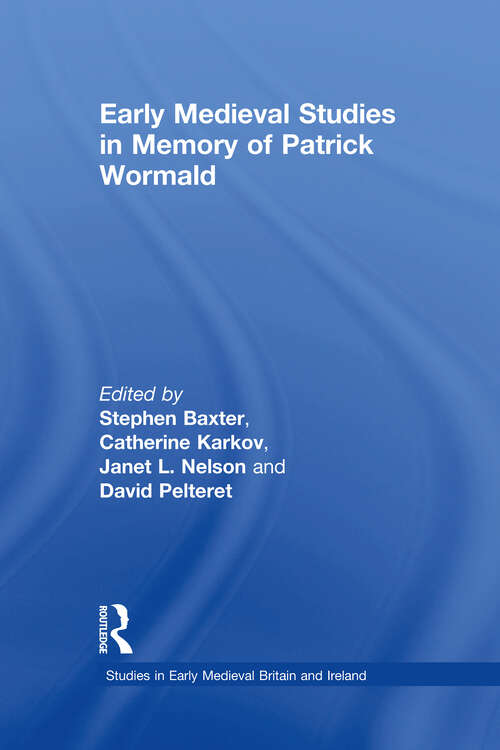 Patrick Wormald was a brilliant interpreter of the Early Middle Ages, whose teaching, writings and generous friendship inspired a generation of historians and students of politics, law, language, literature and religion to focus their attention upon the world of the Anglo-Saxons and the Franks. Leading British, American and continental scholars - his colleagues, friends and pupils - here bear witness to his seminal influence by presenting a collection of studies devoted to the key themes that dominated his work: kingship; law and society; ethnic, religious, national and linguistic identities; the power of images, pictorial or poetic, in shaping political and religious institutions. Closely mirroring the interests of their honorand, the collection not only underlines Patrick Wormald's enormous contribution to the field of Anglo-Saxon studies, but graphically demonstrates his belief that early medieval England and Anglo-Saxon law could only be understood against a background of research into contemporary developments in the nearby Welsh, Scottish, Irish and Frankish kingdoms. He would have been well pleased, therefore, that this volume should make such significant advances in our understanding of the world of Bede, of the dynasty of King Alfred, and also of the workings of English law between the seventh and the twelfth century. Moreover he would have been particularly delighted at the rich comparisons and contrasts with Celtic societies offered here and with the series of fundamental reassessments of aspects of Carolingian Francia. Above all these studies present fundamental reinterpretations, not only of published written sources and their underlying manuscript evidence, but also of the development of some of the dominant ideas of that era. In both their scope and the quality of the scholarship, the collection stands as a fitting tribute to the work and life of Patrick Wormald and his lasting contribution to early medieval studies.