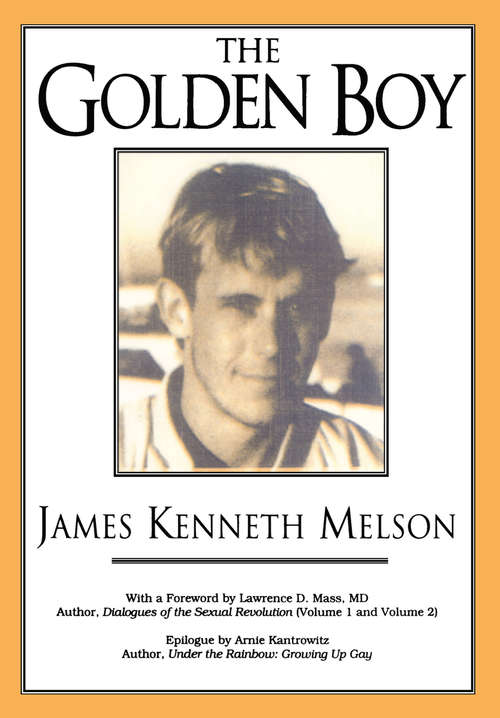 This is the first autobiography to be published by The Haworth Press.This is the first autobiography to be published by Harrington Park Press.The place is New York City. The time is the decade before the plague of AIDS. Thousands of gay men were living a free-wheeling lifestyle of club hopping, “score” hunting, sex without fear, and upward mobility. To none did The Big Apple offer greater rewards than to those young men who had the envied “male model” look.Author James Melson belonged to this exclusive clique: he was tall, blond, muscular, and very “straight looking.” He was a model at 19, and by 25, was a highly successful Wall Street banker. His good looks offered him immediate entry into exclusive clubs and onto the sexual fast track with actors, male models, and other members of the “Clique.”The author brings you behind the scenes into the lifestyle of the handsome “Clique”--providing details of the vigorous and entertaining excitement of the times. He exposes--for one of the few times in print--the lesser-known attitudes of the “Clique” and their disdain for “ugly faggots,” their obsession with strictly the chic and glamorous, and the fast lane life of partying and sex.For 200 pages, the reader is brought back to the era that for many older readers is just a memory, and for younger readers a time they never knew--when to be a “Golden Boy” was to be a prince, and sex was only fun and games.The Golden Boy autobiography ends when the author is diagnosed with AIDS, abandoned by a lover and friends, and left to look back on his life with a growing perspective.The role of “good looks” and people with AIDS is rarely talked about, particularly by gay survivors whose lesser appeal was once perhaps a curse but then ultimately their saving grace. This is not just another AIDS autobiography but a document dealing indirectly with this fact of life. The autobiography is introduced by Larry Mass, MD, an internationally recognized social historian/physician who examines the “Culture of Narcissism” in that era. Arnie Kantrowitz then presents an astonishingly frank and perhaps shocking Epilogue which will have many readers wanting to re-read the book.