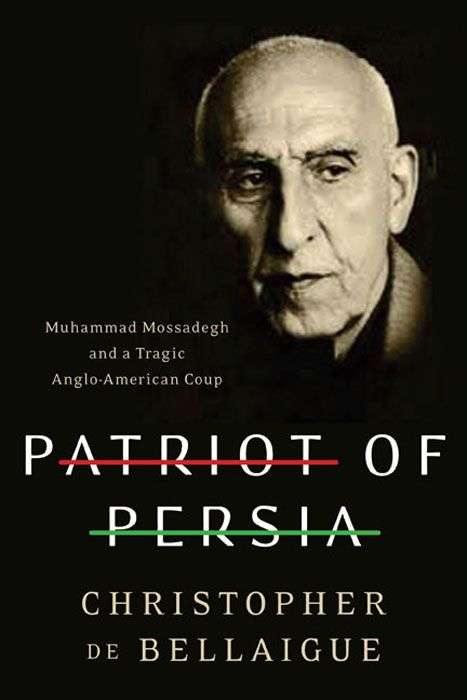 On August 19, 1953, the American and British intelligence agencies launched a desperate coup in Iran against a cussed, bedridden seventy-two-year-old man. His name was Muhammad Mossadegh, and his crimes had been to flirt with communism and to nationalize his country's oil industry, which for forty years had been in British hands. To Winston Churchill, the Iranian prime minister was a lunatic, determined to humiliate Britain. To President Dwight Eisenhower, he was delivering Iran to the Soviets. Mossadegh must go.

And so he did, in one of the most dramatic episodes in modern Middle Eastern history. But the countries that overthrew him would, in time, deeply regret their decision. Mossadegh was one of the first liberals of the Middle East, a man whose conception of liberty was as sophisticated as any in Europe or America. He wanted friendship with the West--but not slavish dependence. He would not compromise on Iran's right to control its own destiny. The West therefore sided against him and in favor of his great foe, Shah Muhammad-Reza Pahlavi.

Who was this political guerrilla of noble blood, who was so adored in the Middle East and so reviled in the West? Schooled in Europe of the Belle Epoque, Mossadegh was pitted against dictatorship at home, a struggle that almost cost him his life and had tragic consequences for his family. By the time of the Shah's accession in 1941, Mossadegh had become the nation's conscience, and he spent the rest of his life in conflict with a monarch whose despotic regime was eventually toppled in the Islamic Revolution of 1979.

Here, for the first time, is the political and personal life of a remarkable patriot, written by our foremost observer of Iran. Drawing on sources in Tehran and the West, Christopher de Bellaigue reveals a man who not only embodied his nation's struggle for freedom but also was one of the great eccentrics of modern times--and uncovers the coup that undid him. Above all, the life of Muhammad Mossadegh serves as a warning to today's occupants of the White House and Downing Street as they commit to further intervention in a volatile and unpredictable region.