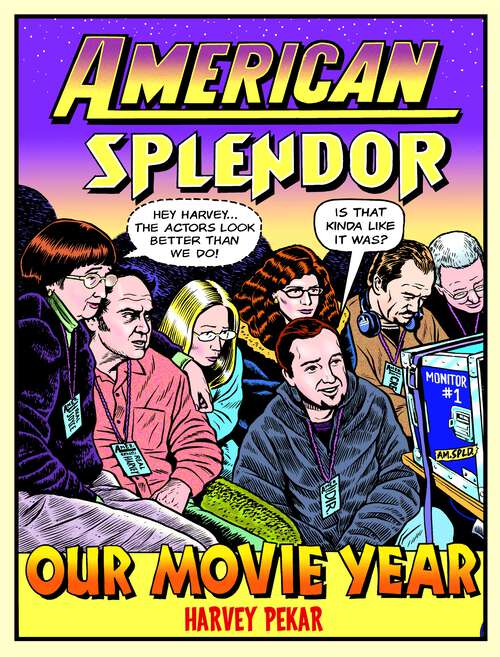 From off the streets of Cleveland, the amazing and occasionally regrettable true-life adventures of Harvey Pekar, cineaste. Harvey Pekar is from Cleveland. This much you know. But with the release of American Splendor, the indie hit film based on his comic of the same name, the world discovered Harvey in earnest. Once Harvey was content merely to flirt with fame. But when fame wanted a commitment, he found himself a household name. Sort of. And, to tell you the truth, it&’s starting to bug the hell out of him. An original, incisive graphic novel featuring the talents of R. Crumb, Gary Dumm, Mark Zingarelli, and other artists, Our Movie Year chronicles a whirlwind twelve months in the life of Harvey Pekar. It recounts his rise from the filing room at the Cleveland VA hospital to the red carpet at Cannes, Sundance, the Oscars, and beyond–where Harvey won awards, accolades, and the promise of a bigger paycheck. A lot of funny things can happen in a year, and many of them happened to Harvey. And now everyone gets to read about them in Our Movie Year.