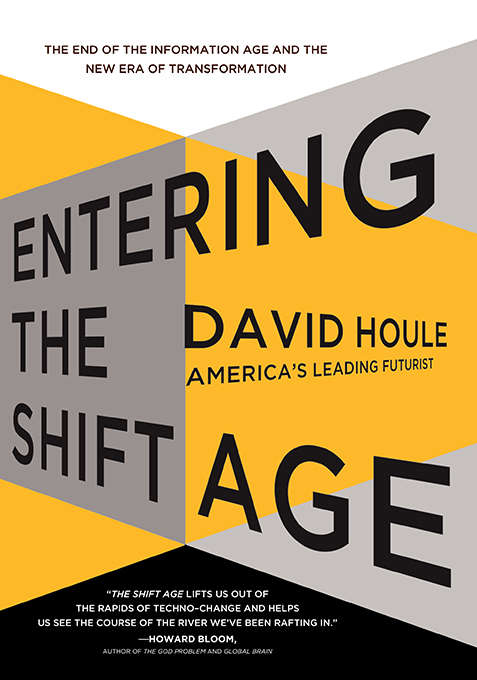 Change is everywhere: how we communicate, what we do for a living, the values we hold, the way we raise our children, even the way we access information. Thanks to a global economy, the force of the Internet, and the explosion of mobile technology, we have--almost imperceptibly--been ushered into a new era, the Shift Age, in which change happens so quickly that it's become the norm.

Man-made developments--such as tools, machines, and technology--defined previous ages, but the Shift Age will be defined by our own power of choice. In Entering the Shift Age, leading futurist David Houle argues that we are going through a major collapse of legacy thinking, eroding many of the thought structures that have defined the last two hundred years of humanity. Houle identifies and explains the new forces that will shape our lives--including remote workplaces, the cloud, "24/7" culture, speed-of-light connectivity, creativity, and the influence of Millenials and Digital Natives--for the next twenty years.

In this eye-opening book, Houle navigates this pivotal point in human history with clarity and anticipation, focusing on the power of human consciousness and the direct influence we can impart on everything from healthcare to media to education. According to Houle, we are more independent than ever before. We are in control.

There's no "going back" to the way things were. Reality is changing ever faster, and ENTERING THE SHIFT AGE is your guide to keeping up.