The Andromeda Galaxy and the Rise of Modern Astronomy 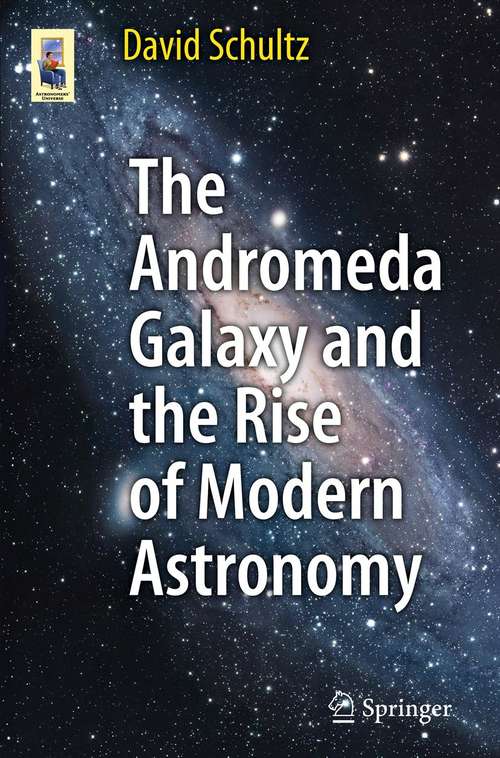 The Andromeda Galaxy - Messier's M31 - has an almost romantic appeal. It is the most distant object and the only extragalactic object that is visible to the unaided human eye. Now known to be about 2½ million light-years away, it appears in the sky to be several times the width of the full Moon under good seeing conditions. The Andromeda Galaxy and the Rise of Modern Astronomy examines the astronomical studies of Andromeda and its importance to our developing knowledge of the universe. The book discusses how M31 was described both by the Ancients, but more importantly, by astronomers from the nineteenth century to the present.

While at the start of the twentieth century the universe was thought of as a finite cosmos dominated by the Milky Way, the study of Andromeda galaxy shattered that image, leading ultimately to the conception of an infinite universe of countless galaxies and vast distances. Even today, M31 is a major focal point for new astronomical discoveries, and it also remains one of the most popular (and rewarding) celestial objects for amateur astronomers to observe and study. This book reveals the little-known history of M31 and the scientists who study it.

For all who are interested in astronomy, the skies, and perhaps even the origins of the universe, The Andromeda Galaxy and the Rise of Modern Astronomy provides a first-of-its-kind accessible, informative, and highly readable account of how the study and observation of this celestial object has driven the development of astronomy from ancient times to the present.