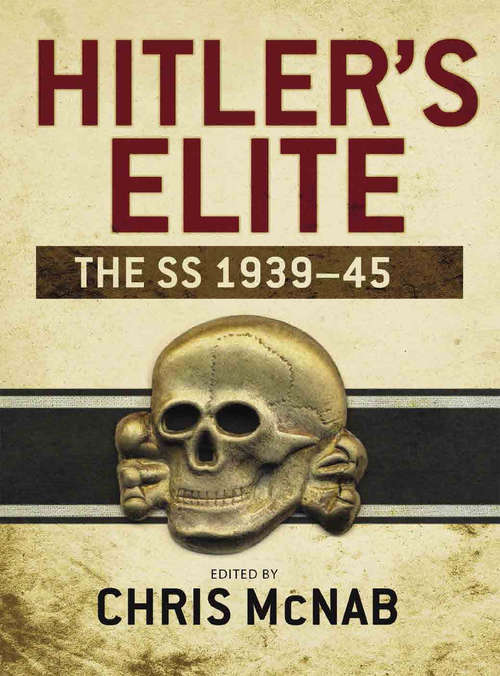 The Third Reich's Waffen-SS defended Nazi Germany's Eastern & Western Fronts, and the Allgemeine-SS ran Holocaust concentration camps such as Auschwitz, Dachau, and Buchenwald.The SS has become the most infamous military formation in history. From its diminutive origins in the 1920s as Hitler's personal bodyguard, by the late war years it grew to a sprawling organization of hundreds of thousands of men, with a field army (the Waffen-SS-Armed-SS) numbering nearly 40 divisions and huge corporate, racial, and political power in the Allgemeine-SS (General-SS). The activities of the SS ranged from the heroic to the horrific; from fighting extraordinary defensive battles on the Eastern and Western Fronts, to running the concentration and extermination camp systems, and providing personnel for the Einsatzgruppen murder squads in Eastern Europe. Hitler's Elite: The SS 1939-45 tells the complete story of the SS at individual, unit, and organizational levels. Following an explanation of the SS' complex political and social origins, and its growth within the Nazi empire, it goes on to look at both its war record and its wider role in Heinrich Himmler's implementation of Hitler's vision for the Third Reich. As well as providing a combat history of the Waffen-SS from 1939 to 1945, it also explores themes such as ideology, recruitment, foreign SS personnel, training, and equipment. The textual history is brought to life with more than 200 contemporary photographs and colour artworks from Osprey's series titles. As a companion volume to Hitler's Armies and Hitler's Eagles, this book gives a detailed and highly visual insight into one of Hitler's most powerful instruments of policy.