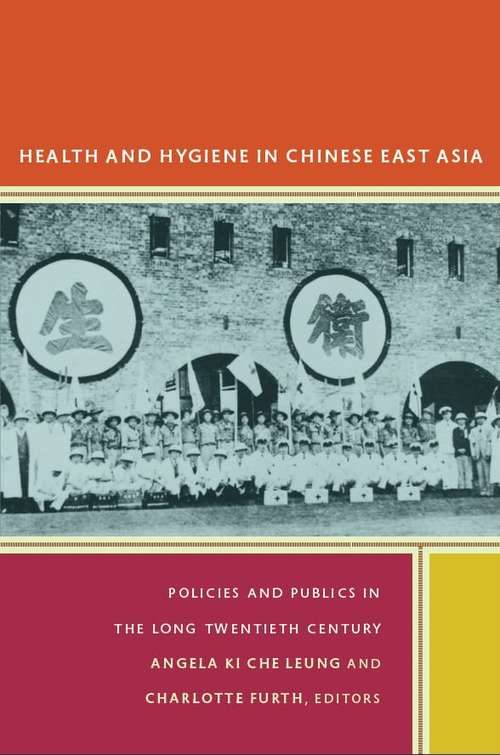 This collection expands the history of colonial medicine and public health by exploring efforts to overcome disease and improve human health in Chinese regions of East Asia from the late nineteenth century to the present. The contributors consider the science and politics of public health policymaking and implementation in Taiwan, Manchuria, Hong Kong, and the Yangzi River delta, focusing mostly on towns and villages rather than cities. Whether discussing the resistance of lay midwives in colonial Taiwan to the Japanese campaign to replace them with experts in "scientific motherhood" or the reaction of British colonists in Shanghai to Chinese diet and health regimes, they illuminate the effects of foreign interventions and influences on particular situations and localities. They discuss responses to epidemics from the plague in early-twentieth-century Manchuria to SARS in southern China, Singapore, and Taiwan, but they also emphasize that public health is not just about epidemic crises. As essays on marsh drainage in Taiwan, the enforcement of sanitary ordinances in Shanghai, and vaccination drives in Manchuria show, throughout the twentieth century public health bureaucracies have primarily been engaged in the mundane activities of education, prevention, and monitoring. Contributors. Warwick Anderson, Charlotte Furth, Marta E. Hanson, Sean Hsiang-lin Lei, Angela Ki Che Leung, Shang-Jen Li, Yushang Li, Yi-Ping Lin, Shiyung Liu, Ruth Rogaski, Yen-Fen Tseng, Chia-ling Wu, Xinzhong Yu