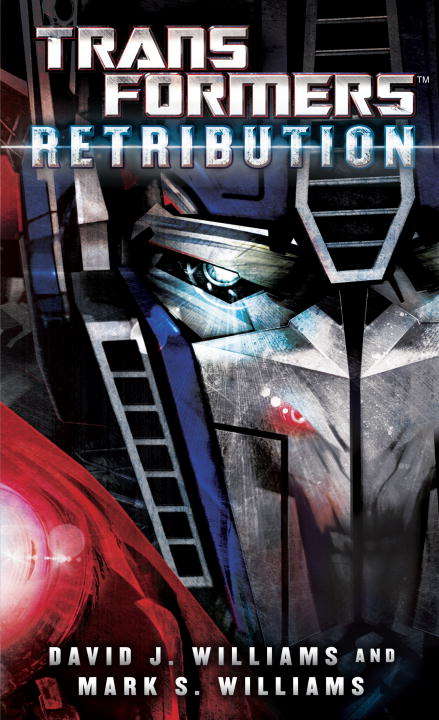 For decades, Transformers fans across the globe have marveled at the mighty clashes of Megatron and Optimus Prime, and speculated about their arrival on planet Earth. Now, in Transformers: Retribution, the prequel to the Transformers animated series, the epic odyssey of these two great warriors is finally revealed as Autobots and Decepticons battle one another . . . and the most diabolic foe they've ever encountered. Aboard the Ark, Optimus Prime leads his Autobots through deep space, searching for the AllSpark so vital to their home planet, Cybertron. Megatron's not far behind, and his Decepticons are itching for war. But a mysterious planet conceals an enemy far more cunning and powerful: the Quintessons. Masters of tyranny, technology, and twisted double crosses, the Quintessons are out to enslave both Autobots and Decepticons. Their deadly bag of tricks includes fiendish trials and a secret link all the way back to Cybertron, where Shockwave is wreaking havoc with supercomputer Vector Sigma. In the coming conflagration, Star Seekers, Wreckers, Alpha Trion, and Sharkticons all have their parts to play. For none can dodge the Quintesson juggernaut of evil, and none will escape the cataclysmic life-and-death battles that will catapult Autobots and Decepticons to Earth.From the Paperback edition.