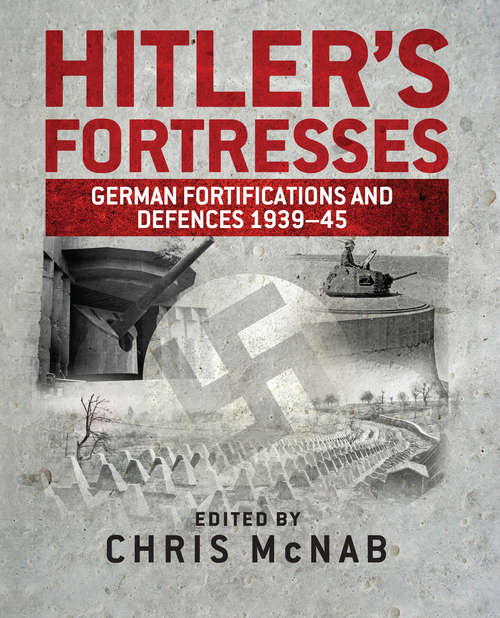 From the Siegfried Line to the Atlantic Wall to central Italy, this detailed guide to every level of defensive project in the Third Reich won't disappoint. It takes you inside Channel Islands' pillboxes, Normandy coastal gun positions, and emplaced tank turrets on the Gothic Line in Italy. The secretive world of Hitler's command bunkers is revealed in detail, and the principles and engineering of basic frontline defences are explained, showing how the average German soldier prepared to stand his ground. There is also a dedicated chapter on special-purpose fortifications, including U-boat pens, V-weapon sites, and flak towers.This complete journey into German wartime fortifications reveals much about the strategic and tactical thinking of Hitler and his Wehrmacht, and combat accounts explore how effective the defences were in practice. The book is illustrated throughout with more than 200 drawings, maps, and photographs; the drawings include 3D views and detailed cutaway diagrams, showing exactly how key types of defensive positions looked and functioned. As a guide for both the general historian and for the modern battlefield tourist, Hitler's Fortresses is an authoritative record of the Third Reich's defensive mindset.Hitler's use of manoeuvre warfare should not distract us from his more defensive projects. From the moment Hitler took power in 1933, massive investment went into building fortified defences in Germany's vulnerable regions, particularly along the Franco-German border. The "West Wall", for example, eventually stretched for more than 390 miles and contained some 14,000 pillboxes, being one of the great engineering projects of the 1930s. War expanded Germany's defensive requirements, not least along the Atlantic coastline, where from 1942 to 1944 engineers built a chain of batteries, bunkers, and minefields from Norway to the Franco-Spanish border, which together constituted the "Atlantic Wall". Similarly, chains of defensive works were sunk into the mountainous terrain of Italy between 1943 and 1945, in an attempt to stop the grinding Allied advance.