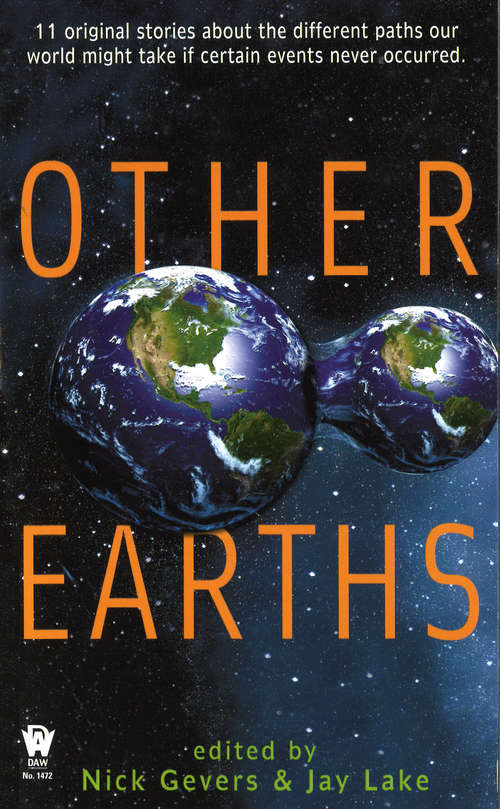 Alternate history explores the many possible directions our world could follow if certain key events didn't occur at all or were changed in some crucial way. Is our Earth the only Earth, our reality the only one that exists? Or are there many parallel worlds and societies, some very similar to ours, some barely recognizable?

Lincoln had never become president, and the Civil War had never taken place?

Magic was real and a half-faery queen ruled England?

Hitler and Germany won the war because America never got involved?

Many of the world's religions were totally commercialized, their temples run like casinos, religions deisgned purely for profit?

An author discovered a book written by an alternate version of himself?

These are just some of the possible pathways that you can take to explore the Other Earths that may be waiting just one event away...

This anthology includes stories by: