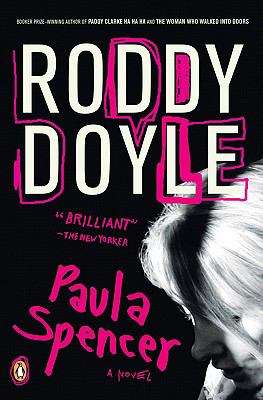 In this new novel, set in contemporary Dublin, Roddy Doyle returns to Paula Spencer (“One of Doyle’s finest creations” – Toronto Star), the beloved heroine of the bestselling The Woman Who Walked into Doors, with spectacular results. Paula Spencer begins on the eve of Paula’s forty-eighth birthday. She hasn’t had a drink for four months and five days. Having outlived an abusive husband and father, Paula and her four children are now struggling to live their adult lives, with two of the kids balancing their own addictions. Knowing how close she always is to the edge, Paula rebuilds her life slowly, taking pride in the things she accomplishes, helped sometimes by the lists she makes to plan for the future. As she goes about her daily routine working as a cleaning woman, and cooking for her two children at home, she re-establishes connections with her two sisters, her mother and grandchildren, expanding her world. She discovers the latest music, the Internet and text-messaging, treats herself to Italian coffees, and gradually ventures beyond her house, where she’s always felt most comfortable. As Paula thinks of herself, “She’s a new-old woman, learning how to live. ” Doyle has movingly depicted a woman, both strong and fragile, who is fighting back and finally equipped to be a mother to her children – but now that they’re mostly grown up, is it too late? Doyle’s fans and new readers alike will root for Paula to stay clean and find a little healing for herself and her children, amidst the threat that it may all go wrong. From the Hardcover edition.