The Deportees and Other Stories 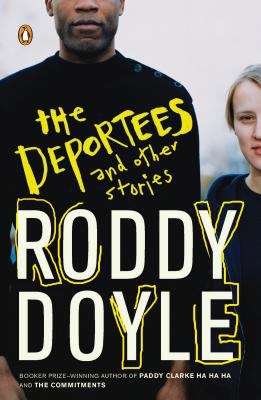 For the past few years Roddy Doyle has been writing stories for Metro Eireann, a magazine started by, and aimed at, immigrants to Ireland. Each of the stories took a new slant on the immigrant experience, something of increasing relevance and importance in today's Ireland.

The stories range from 'Guess Who's Coming to the Dinner', where a father - who prides himself on his open-mindedness when his daughters talk about sex - is forced to confront his feelings when one of them brings home a black fella, to a terrifying ghost story, 'The Pram', in which a Polish nanny grows impatient with her charge's older sisters and decides uain a phrase she has learnt uato 'scare them shitless'. Most of the stories are very funny uain '57% Irish' Ray Brady tries to devise a test of Irishness by measuring reactions to Robbie Keane's goal against Germany in the 2002 World Cup, Riverdance and 'Danny Boy' uaothers deeply moving. And best of all, in the title story itself, Jimmy Rabbitte, the man who formed The Commitments, decides it's time to find a new band, and this time no White Irish need apply.

Multicultural to a fault, The Deportees specialise not in soul music this time, but the songs of Woody Guthrie.