I Am Sophie Tucker 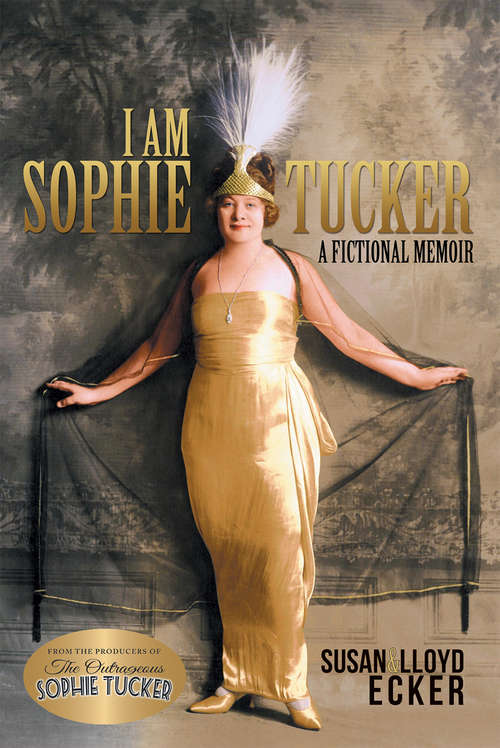 Part fairy tale, part crime novel, part rags to riches Hollywood myth, I Am Sophie Tucker tells the outrageous story of one of showbiz’s biggest personalities. From 1906 through the beginning of television, Sophie Tucker and her bawdy, brash, and risqué songs paved the way for performers such as West, Monroe, Midler, Cher, Madonna, and Gaga. Sophie was like the Forrest Gump of the first half of the 1900s,” says co-author Susan Ecker. She was close friends with seven presidents, King George VI, young Queen Elizabeth, Chaplin, J. Edgar, Capone, Garland, Jerry Lewis, Sinatra and every other notable of her era. ” Tucker tried to get her story published for nine years, without success. Undaunted, Sophie hired half a dozen ghostwriters, but she still had no takers for her no holds barred autobiography. Eventually, Doubleday published a sanitized version in 1945. After immersing ourselves in Sophie’s papers and surviving friends,” says co-author Lloyd Ecker, this initial volume is what should have been the actual autobiography of Tucker. ” Though she obsessively documented her life, Sophie loved to exaggerate for dramatic effect. Over the years, she told multiple versions of each important event. At the end, not even Sophie knew the difference between truth and tall tale. This volume is 85% fact,” Lloyd explains. The other 15% who knows?” I Am Sophie Tucker puts back all of the delicious bits nixed by Doubleday’s lawyers and throws in other Tucker show business dirt, intrigue, arrests, romance, murder, gangsters, and scandals. Now you can read it for yourself.