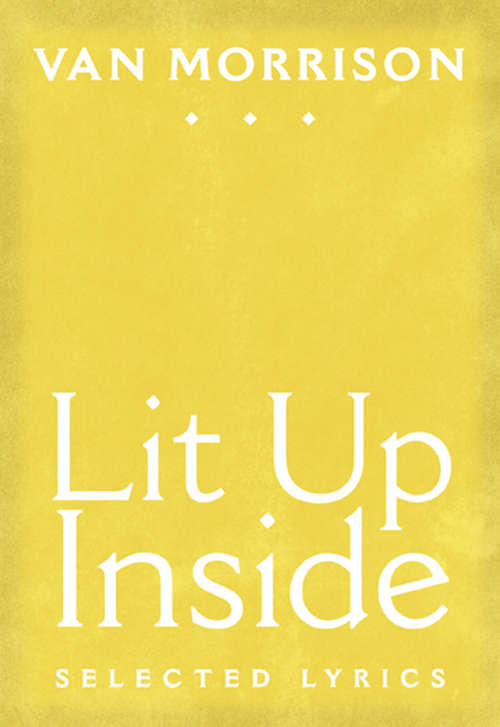 Van Morrison is one of a handful of truly iconic twentieth century artists. Along with Bob Dylan, he was one of the first contemporary lyricists to infuse a serious poetic sensibility into popular music. A colossal influence on a wide range of fellow musicians, he has been a singular beacon of artistic integrity, soulful conviction and musical excellence.One of the greatest singer/songwriters of all time, Morrison has been following his muse in an uncompromising way since the early Sixties. He has explored soul, jazz, blues, rhythm & blues, rock and roll, Celtic folk, pop balladry and more, forging a distinctive amalgam that has Morrison's unvarnished passion at its core. He has referred to his music as "Caledonia soul," reflecting his deep immersion in American roots music and Ulster-Scots.This personal selection of what Morrison himself has judged to be his most important and enduring lyrical work will stand as a landmark public statement from an otherwise intensely private artist, an intimate and very intentional view onto what Morrison himself esteems as his creative contribution. The introduction by Eamonn Hughes, of Queen's University, Belfast, gives a career-long overview of the creative influences Morrison has absorbed and channeled through the years, and the forewords by poet David Meltzer and novelist Ian Rankin provide an appreciation of the writer's craft demonstrated in Morrison's evocative, timeless lyrics.A must for any fan, and a solid introduction to this singular, iconic talent. "'Tupelo Honey' has always existed and Van Morrison was merely the vessel and the earthly vehicle for it."-Bob Dylan"I know of no music that is more lucid, feelable, hearable, seeable, touchable, no music you can experience more intensely than this. Not just moments, but extended . . . periods of experience which convey the feel of what films could be: a form or perception which no longer burls itself blindly on meanings and definitions, but allows the sensuous to take over and grow . . . where indeed something does become indescribable."-Wim Wenders, filmmaker"No other Irish poets-writing either in verse or in music--have come within a Honda's roar of Patrick Kavanagh and Van Morrison"-Paul Durcan