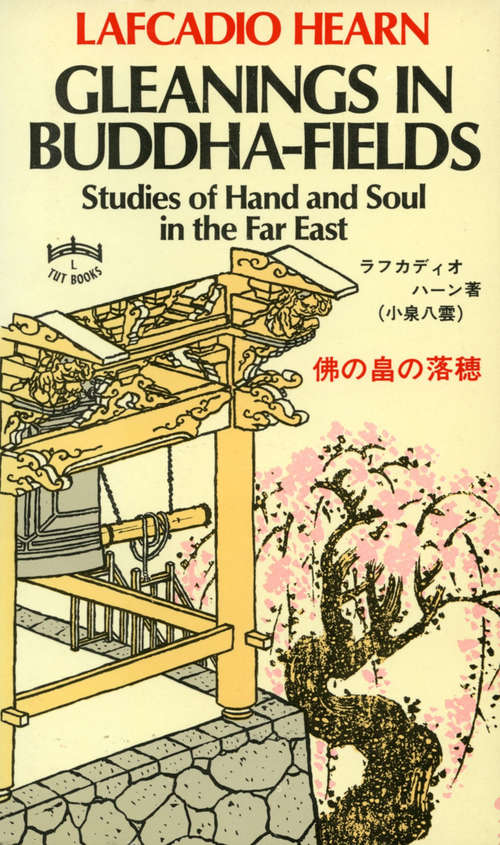 Lafcadio Hearn's books continue to charm and captivate readers, as the exotic subjects about which he wrote charmed and captivated him. Gleanings In Buddha-Fields presents more Hearn magic as he enters into the spirit of Buddhism asthough he were born into it. "I an individual," he writes, "an individualsoul! Nay, I am a population-a population unthinkable for multitude, even by groups of a thousand millions! Generations of generations, I am, aeons of aeons! Countless times the concourse now making me has been scattered, and mixed withother scatterings. Of what concern, then, the next disintegration?" (Shades of Walt Whitman!) Hearn says that if he were a god, dwelling in some old Izumo shrine on the summit of a hill, then "as air to the bird, as water to the fish, so would all substance be permeable to the essence of me. I should pass at will into the walls of my dwelling to swim in the long gold bath of a sunbeam, to thrill in the heart of a flower, to ride on the neck of a dragonfly." He writes of a trip to Kyoto, telling of hazy autumn rice fields, with dragonflies darting over the drooping grain; maples crimsoning above a tremendous gorge; ranges of peaks steeped in morning mist; and a peasant's cottage perched on the verge of some dizzy mountain road. Also, there are fine bits of realism, such as a cat seizing a mouse in the act of stealing the offerings placed in a Buddhist household shrine. In the chapter "Dust," Hearn tells of a children's playground, and says that children in all countries play at death. But the idea of ceasing to exist could not possibly enter a child's mind: the butterflies and birds, the flowers, the foliage, the sweet summer itself, only play at dying-they seem to go, but they all come back again after the snow is gone. "The real sorrow and fear of death arise in us only after the slow accumulation of experience with doubt and pain; and these little boys and girls being Japanese and Buddhists will never, in any event, feel about death just as you and I do . . . they have died millions of times already, and have forgotten the trouble of it, much as one forgets the pain of successive toothaches." In "Nirvana," Hearn writes that Buddhism, recognizing no permanency, no finite stabilities, no distinction of character or class or race, except as passing phenomena, is essentially the religion of tolerance. This thought-provoking reprint of an old favorite will delight people of all races and creeds.