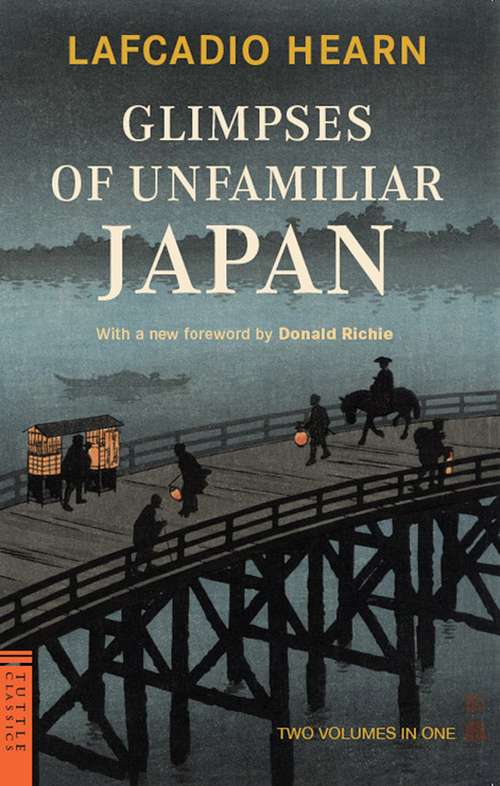 As an interpreter of Japan to the West, Lafcadio Hearn was without parallel in his time. His numerous books about that country were read with a fascination that was a tribute to his keen powers of observation and the vividness of his descriptions. Today, even though Japan has changed greatly from what it was when he wrote about it, his writing is still valid, for it captures the essence of the country-an essence that has actually changed a good deal less than outward appearances might suggest. In a word, the Japanese character and the Japanese tradition are still fundamentally the same as Hearn found them to be, and for this reason his books are still extremely revealing to readers in the West.Glimpses of Unfamiliar Japan combines the two volumes of a work that first appeared in 1894. Its title is apt, for the book takes the reader into a world that few Westerners saw in the late nineteenth and early twentieth centuries. Here are the customs, the superstitions, the charming scenery, the revelations of Japanese character, and all the other elements that Hearn found so bewitching. Here, for example, are essays on such subjects as the Japanese garden, the household shrine, the festivals, and the bewildering Japanese smile-all aspects of Japanese life that have endured in spite of the changes that have taken place during the modernization of Japan.In his preface to the book, Hearn writes: "This is the life of which a foreign observer can never weary, if fortunate and sympathetic enough to enter into it...Each day, while the years pass, there will be revealed to him, some strange and unexpected beauty in it." It is fortunate indeed that he was able to bring to his readers so much of this "strange and unsuspected beauty."