May I Be Frank 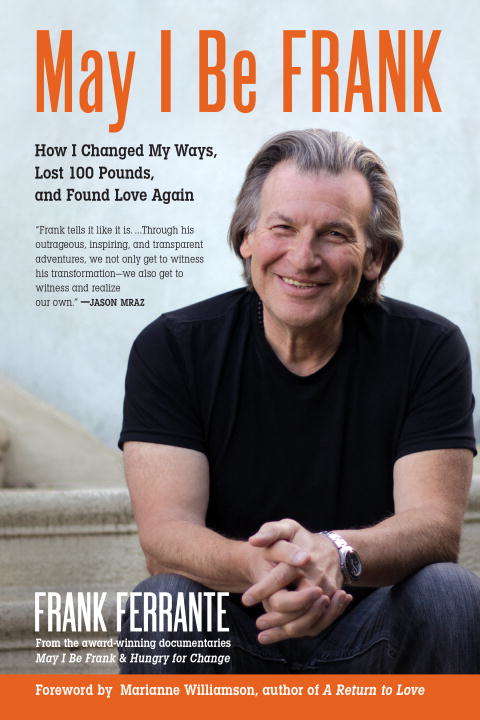 "What happens when Tony Soprano meets Deepak Chopra? That's how people have described my story. I might throw some Woody Allen in there and a dash of Hunter S. Thompson." So says Frank Ferrante of his amazing journey from obesity and drug addiction to vibrant health and happiness. At 54 years old, Ferrante was the least likely candidate for a major personal transformation. He weighed close to 300 pounds and suffered from a slew of issues that were his unhappy legacy as an ex-junkie and ex-alcoholic: hepatitis C, chronic fatigue, joint pain, respiratory issues, depression, suicidal thoughts, and a libido that had gone into early retirement. He thought that "vegan" was a planet, "wellness" was not in his vocabulary, and he couldn't be bothered with self-help. He was for those very reasons the best candidate for a major personal transformation. One day, he stumbled into Café Gratitude--a vegan raw food restaurant run by three 20-something hipsters. Unbeknownst to him, they'd been thinking about finding someone to put on a raw food diet and making a documentary that would be the polar opposite of Super Size Me. Ferrante was looking for something, anything, to create a shift in his life. As he says, "Like zillions of people, I was hungry not so much for food, but for love." Never mind that he was old enough to be the boys' father or that he'd ridiculed the New Age herd for years--he accepted them pretty much on the spot as his new "transformational cheerleaders." With the young men's unexpected support and guidance, Ferrante began a redemptive odyssey that included a plant-based diet, yoga, and daily affirmations--but then faced a battle for his life when his underlying addictions rose up to claim him. May I Be Frank chronicles Ferrante's experience of being the subject of a physical, mental, and spiritual makeover and also describes what happened next, post-transformation: he learned to love again.From the Trade Paperback edition.