The Devil and Philosophy 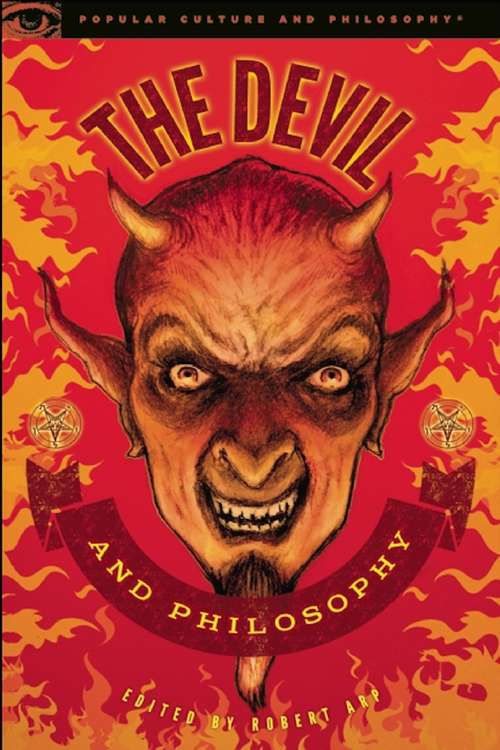 In The Devil and Philosophy, 34 philosophers explore questions about one of the most recognizable and influential characters (villains?) of all time. From Roman Polanski's The Ninth Gate to J.R.R. Tolkien's The Silmarillion to Bram Stoker's Dracula to Darth Vader to Al Pacino's iconic performance in The Devil's Advocate, this book demonstrates that a little devil goes a long way. From humorous appearances, as in Kevin Smith's film Dogma and Chuck Palahniuk's novels Damned and its sequel Doomed, to more villanous appearances, such as Gabriel Byrne's cold outing as Satan in End of Days, The Devil in Philosophy proves that the Devil comes in many forms.Through the lenses of Jung, Kant, Kundera, Balkan, Plato, Bradwardine, Aristotle, Hume, Blackburn, Descartes, Lavey, Thoreau, and Aquinas, The Devil and Philosophy take a philosophical look at one of time's greatest characters. Are there any good arguments for the actual existence of the Devil? Does demonic evil thrive in Gotham City? Can humans really be accountable for all evil? Which truths about the Devil are actual facts? Is Milton correct, in that the Devil believes he is doing good?