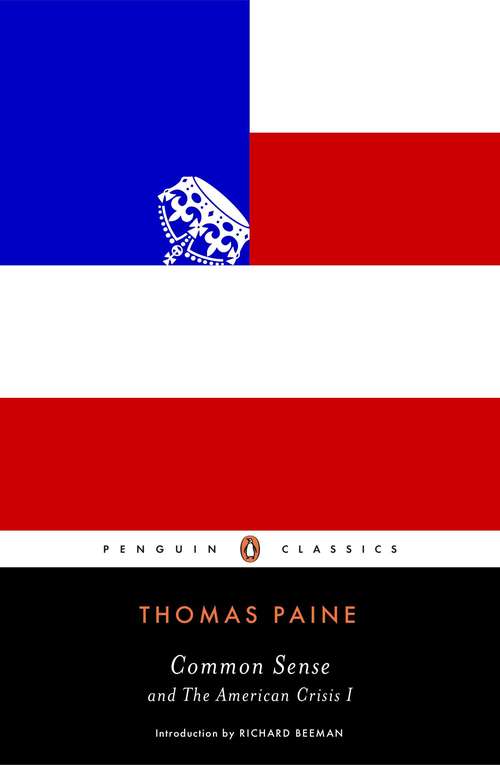 Published anonymously in 1776, six months before the Declaration of Independence, Thomas Paine's Common Sense was a radical and impassioned call for America to free itself from British rule and set up an independent republican government.

Savagely attacking hereditary kingship and aristocratic institutions, Paine urged a new beginning for his adopted country in which personal freedom and social equality would be upheld and economic and cultural progress encouraged. His pamphlet was the first to speak directly to a mass audience--it went through fifty-six editions within a year of publication--and its assertive and often caustic style both embodied the democratic spirit he advocated, and converted thousands of citizens to the cause of American independence.

Throughout history, some books have changed the world. They have transformed the way we see ourselves--and each other. They have inspired debate, dissent, war and revolution. They have enlightened, outraged, provoked and comforted. They have enriched lives--and destroyed them. Now, Penguin brings you the works of the great thinkers, pioneers, radicals and visionaries whose ideas shook civilization, and helped make us who we are. Penguin's Great Ideas series features twelve groundbreaking works by some of history's most prodigious thinkers, and each volume is beautifully packaged with a unique type-drive design that highlights the bookmaker's art. Offering great literature in great packages at great prices, this series is ideal for those readers who want to explore and savor the Great Ideas that have shaped the world.