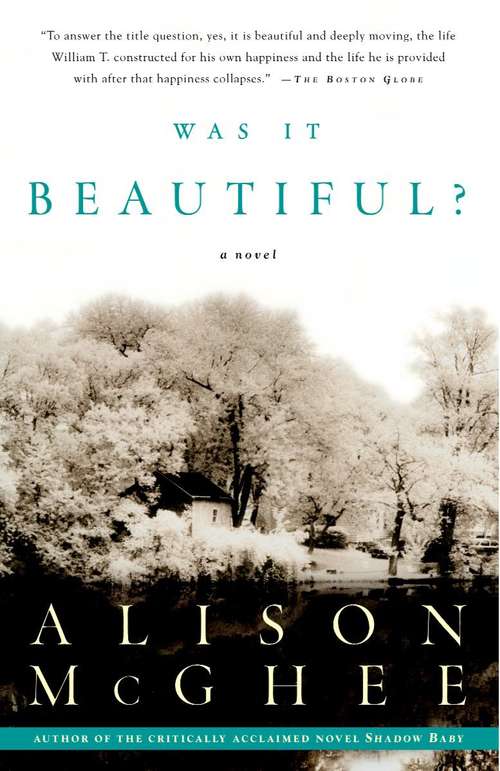 Was It Beautiful?is a spare, powerful, and tender portrayal of loss and renewal at midlife. With singular grace and humor, Alison McGhee pays loving attention to the details of life in the Adirondacks and to the small kindnesses and idiosyncrasies that make each member of a community precious and unique. Until recently, William T. Jones was the happiest man in upstate New York, a self-proclaimed king of the world who laughed loudly and often. He had a life he was proud of, including a long-standing marriage, a fine, spirited grown son, and ownership of the farm in the north woods where his family had lived for generations. But in the past year his life has become almost unrecognizable to him. He watched, powerless, while his musically gifted twenty-seven-year-old son, William J. , lost first his hearing and then his life. Reeling with this double tragedy, William T. has withdrawn almost completely, and it looks as though his marriage and his job will be the next things to go. In fact, he has begun to wonder whether his own life is worth continuing. But like it or not, William T. is not alone—and the people around him won’t let him slip away so easily. They are watching over him, as patient and constant as the stars in the night sky, and as he awakens to their gentle strength, he sees that they too have suffered tremendously and that the time has come to reconcile what has been lost and what may yet be saved.