Critical Theory at a Crossroads 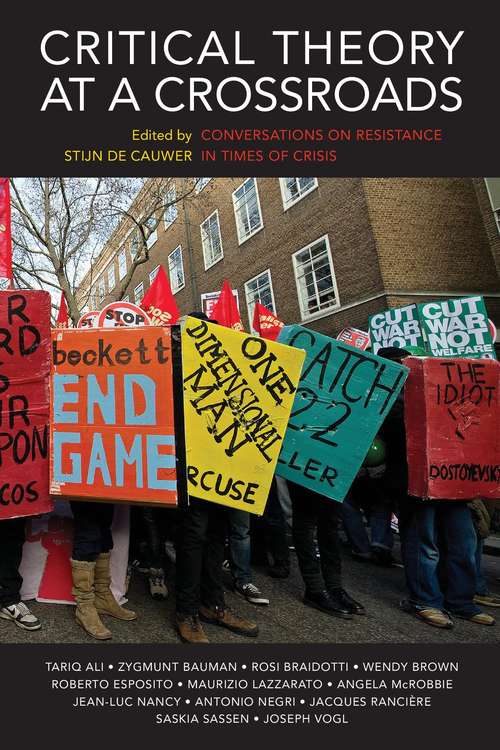 We are living in an age of crisis—or an age in which everything is labeled a crisis. Financial, debt, and refugee “crises” have erupted. The word has also been applied to the Arab Spring and its aftermath, Brexit, the 2016 U.S. election, and many other international events. Yet the term has contradictory political and strategic meanings for those challenging power structures and those seeking to preserve them. For critics of the status quo, can the rhetoric of crisis be used to foment urgency around issues like climate change and financialization, or does framing a situation as a “crisis” play into the hands of the existing political order, which then seeks to tighten the leash by creating a state of emergency?Critical Theory at a Crossroads presents conversations with prominent theorists about the crises that have marked the past years, the protest movements that have risen up in response, and the use of the term in political discourse. Tariq Ali, Rosi Braidotti, Wendy Brown, Maurizio Lazzarato, Angela McRobbie, Jean-Luc Nancy, Antonio Negri, Jacques Rancière, Saskia Sassen, and Joseph Vogl offer their views on contemporary challenges and how we might address them, candidly discussing the alternatives that new social movements have offered, alongside an exchange between Zygmunt Bauman and Roberto Esposito on theories of community. Sparring over crucial developments in these past years of catastrophe and the calamity of everyday life under capitalism, they shed light on how crises and the discourse of crisis can both obscure and reveal fundamental aspects of modern societies.