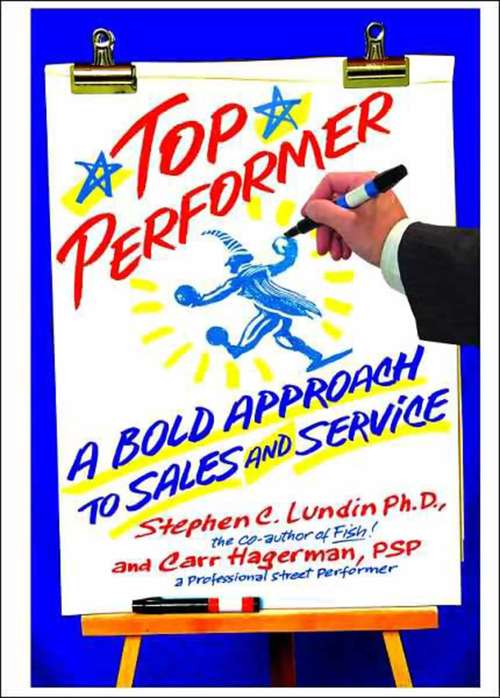 We all sell something for a living--whether it's a brand, a vision, an education, a direction, or a service. We might even be selling a set of numbers to a board meeting, learning to a student, or cereal to an infant. This eye-opening parable is about harnessing natural energy--yours and that of those around you--in order to take your sales, and your satisfaction to the next level of success.In Top Performer, you'll meet Jim, a disciplined but uninspired sales manager. In London on vacation--his first in years--he meets a gentleman named Top Hat. In an engrossing conversation, Top Hat tells him about a legendary Dublin busker/street performer called the Rat Catcher, who engages his audience and effortlessly charms them into parting easily with their change. Top Hat then gives Jim an envelope to bring to the Rat Catcher as a form of introduction. Jim is incredulous, and even a bit suspicious. But after a trip back home, he's willing to do anything to break out of his rut of good-to-average sales and dogged but unfulfilling perseverance.Jim travels to Dublin, where the Rat Catcher tells--and shows--him some surprising secrets of his work ethic and his selling style. Jim ultimately realizes that he needs to Claim the Pitch, Mine the Mess, Choose the Close, and, most importantly, Juice the Jam. When Jim returns home, he's re-energized, having learned how to Build a Circle and Pass the Hat where it really counts--in his life, his relationships, and his workplace.Full of action-packed and sometimes hilarious descriptions of the real like adventures of street performer, this engaging metaphor will appeal to anyone in any position--and in any field, from banking to baking to busking.In the tradition of the bestselling Fish! series this is a deceptively simple story that contains profound advice--advice that will help make readers into Top Performer themselves.