In the Role of Brie Hutchens... 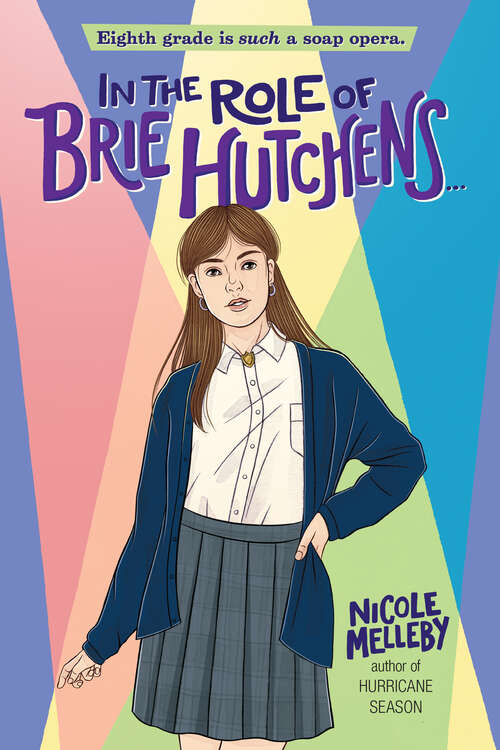 An own-voices LGBTQ novel from the acclaimed author of Hurricane Season, about eighth-grader Brie, who learns how to be true to herself and to her relationships with family, friends, and faith.

Introducing Brie Hutchens: soap opera super fan, aspiring actor, and so-so student at her small Catholic school. Brie has big plans for eighth grade. She’s going to be the star of the school play and convince her parents to let her go to the performing arts high school. But when Brie’s mom walks in on her accidentally looking at some possibly inappropriate photos of her favorite actress, Brie panics and blurts out that she’s been chosen to crown the Mary statue during her school’s May Crowning ceremony. Brie’s mom is distracted with pride—but Brie’s in big trouble: she has not been chosen. No one has, yet.

Worse, Brie has almost no chance to get the job, which always goes to a top student. Desperate to make her lie become truth, Brie turns to Kennedy, the girl everyone expects to crown Mary. But sometimes just looking at Kennedy gives Brie butterflies. Juggling her confusing feelings with the rapidly approaching May Crowning, not to mention her hilarious non-star turn in the school play, Brie navigates truth and lies, expectations and identity, and how to—finally—make her mother really see her as she is.